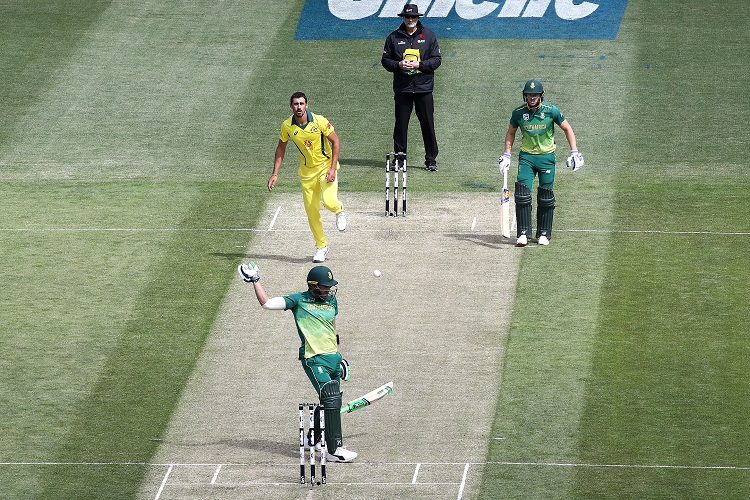 South Africa won the last match and the ODI series against Australia 3-0. Wasim Jaffer retired from all forms of cricket. Kings XI Punjab appointed Andy Flower as the fielding coach.m

South Africa ended their home season with an emphatic 3-0 win in the ODI series against Australia. Despite resting some of the key players including the hero of the previous match Lungi Ngidi they found some new players with impressive performances to take them to victory.

Anrich Nortje’s opening spell included the wicket of David Warner and pushed the Australians back. The scoring rate was not good and despite Marnus Labuschagne’s maiden ODI century Australia could score only 254/7. He got support from D’Arcy Short (36) and Mitchell Marsh (32). Nortje and all-rounder JJ Smuts got two wickets each.

Smuts also led the chase as he top-scored for South Africa with 84. There were a couple of other key innings like 50 from Kyle Verreynne and unbeaten 68 from Heinrich Klaasen to ensure that South Africa win with plenty of overs to spare. For Australia, Josh Hazlewood bowled beautifully and picked up 2/37.

When Sachin Tendulkar and Virender Sehwag took to the field to open the innings for the Indians, it became a nostalgic moment for the audience at Wankhede. The duo showed their excellence yet again and added 83 runs in 10.2 overs. Tendulkar was dismissed for 36 but Sehwag kept the chase on. Mohammad Kaif (14) and Yuvraj Singh (10*) added some useful runs too as Sehwag won the match with a brilliant boundary. He got the Player-of-the Match award for his 74 not out.

India’s former opener and veteran Ranji Trophy player Wasim Jaffer announced retirement from all forms of cricket on March 7. Jaffer played 31 Tests and two ODIs for India. He was a legend in the domestic circuit as he ended with 12038 runs, the most number of centuries (40), the most catches (200) in the Ranji Trophy. He is in fact the most capped (156) player of the tournament as well. Jaffer is also the highest run-scorer in the Duleep Trophy (2545) and Irani Trophy (1294).

In a statement, Jaffer thanked the associations he worked with and said, “Thank you to the BCCI, Mumbai Cricket Association and Vidarbha Cricket Association for giving me the opportunity to represent them.”  He further recalled some memorable moments of career, “Among moments I will cherish the most is getting my India Test cap, scoring 202 vs Pakistan, 212 vs West Indies and winning Test series in West Indies and England 2006-07. I am honoured to have shared the dressing room with the likes of Rahul Dravid, Sourav Ganguly, Anil Kumble, VVS Laxman, Virender Sehwag and MS Dhoni to name a few.

Kings XI Punjab recruited Andy Flower, former Zimbabwe captain as their fielding coach for the upcoming IPL season and Flower will be assisting Anil Kumble in the coaching set up. Flower replaced Sunil Joshi who was appointed the Chairman of the selection panel for the senior men’s national side.

On his appointment, Flower said, “I am truly excited to come on board as the assistant coach for Kings XI Punjab and look forward to working with Anil Kumble this edition of the IPL. The team looks great and we have a fantastic line up and top-notch support staff and we can’t wait to show the world what the Shers are capable of. “