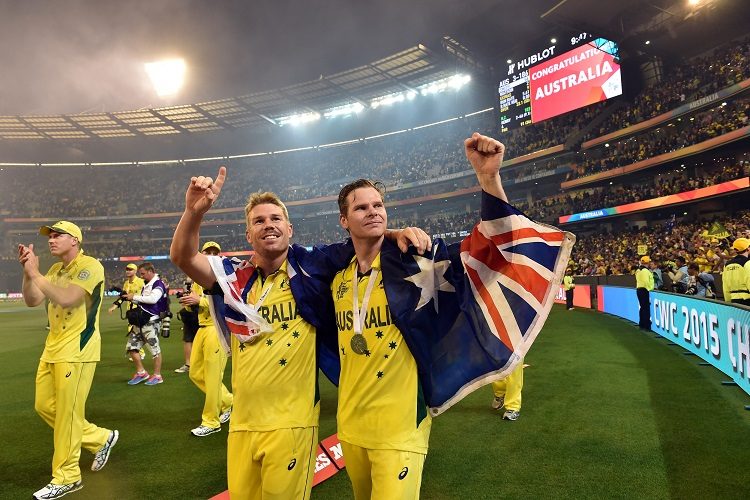 Steven Smith and David Warner have once again become eligible to lead Australia in international cricket; England cricketers may get pay cuts; Cricket Australia have postponed their central contracts by a month; and Dwayne Bravo and Ish Sodhi have launched songs to help motivate the battle against Coronavirus.

Steven Smith had last led Australia in the ill-fated Cape Town Test exactly two years ago. David Warner was his deputy. However, both men, along with teammate Cameron Bancroft, were banned for a year in the aftermath of the ball-tampering fiasco. Smith and Warner were also barred from assuming leadership roles for two years.

However, now that their bans have come to an end, both Smith and Warner can, if appointed, lead Australia again. Tim Paine currently leads Australia in Test cricket and Aaron Finch in both limited-overs formats.

The COVID-19 pandemic is likely to have severe financial repercussions, as a result of which the English cricketers are likely to receive pay cuts. At present ECB have 10 Test contracts and 12 white-ball contracts.

This means that the salaries of heavyweights like Joe Root, Ben Stokes, and Jos Buttler may be slashed by approximately £200,000 (approximately INR INR 188,000) each.

Cricket Australia will not announce their list of central contracts till at least another month. The decision was reached after a meeting with the Australian Cricketers' Association. Australia are scheduled to tour Bangladesh in June and England in July and host the T20 World Cup in October.

CA had originally planned to announce the contracts by a month. However, the outbreak of the Coronavirus pandemic has forced them to push the decision.

A few days ago, Ish Sodhi launched a song to help motivate the fighters against Coronavirus. The lyrics ran on the lines of "Coronavirus, please don't get me today. Coronavirus, I still got cricket to play. I know what COVID-19 is, I am sick of hearing your name on my TV screen."

After Sodhi, Dwayne Bravo has now launched a song for the same purpose. It runs: "We Not Giving Up. On this outbreak due to pandemic, my heartful [sic] prayers to all of you out there! Let's fight together. A positive song during this outbreak."