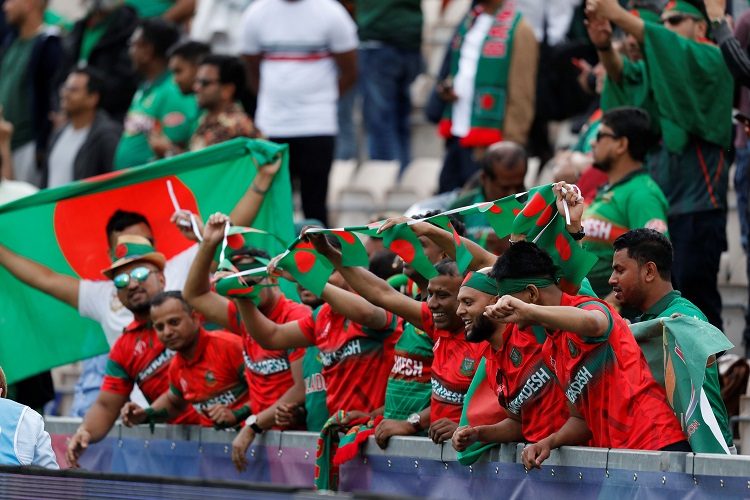 As a preventive measure, Cricket Ireland decided to postpone the upcoming clash against Bangladesh scheduled to for May 2020. The teams were set to play three ODIs and four T20Is were in Ireland and England from May 14 to 29.

Cricket Ireland chief executive Warren Deutrom said, “Once the scale of the COVID-19 pandemic was understood, and the advice of both Governments and partner boards was sought, it became increasingly unlikely that this series could proceed as scheduled.” He further informed that decision was taken mutually and said, “We would like to thank the Bangladesh Cricket Board for their helpful cooperation in reaching this decision, and we shall work with them at establishing new dates for the series when we are all in a position to plan for the future with greater certainty.”

Atul Bedade, the head coach of Barona women’s team was suspended for alleged sexual harassment. "Yes, he is being suspended with immediate effect pending inquiry by probe committee having one neutral member from outside BCA," Baroda Cricket Association secretary Ajit Lele told PTI.

He also confirmed that an apex committee set by the BCA would look into the matter in detail but there is no certainty when the probe committee would be formed amid the outbreak of the pandemic. Former cricketer Bedade, on the other hand, told ESPNcricinfo. "This is all baseless and false allegations. I will put my side [forward] soon."

Sri Lanka Cricket decided to postpone all domestic cricket after the nation went into an island-wide curfew on Friday. Earlier along with England Cricket Board Sri Lanka had decided to call off England’s upcoming Test tour of Sri Lanka for the time being although the domestic tournament had been allowed to continue last weekend.

But to prevent further spread of the COVID-19, Sri Lanka cricket eventually decided to suspend all competitions. There was anyway no cricket in this ongoing weekend after the 60-hour government curfew in wake of the novel coronavirus. Since a local cricket match was suspected to play a role in the community transmission in Sri Lanka, nobody is ready to take any risk anymore.

Not a financial setback for PCB

Due to the cancellation of the semi-finals and final of the Pakistan Super League Pakistan Cricket Board is set to incur a huge loss of PKR 200 million (USD 1.2 million approx) in term of gate revenues and a loss of a further USD 3 to 4 million for cancelling the remainder of Pakistan's upcoming home series against Bangladesh in April. But still according to the CEO Wasim Khan, PCB's financial condition is sound for the next 12 to 14 months.

“For now our financial grounds are fine, and obviously we just had a PSL, and the loses we incurred were from gate receipts and sponsorships. I was roughly calculating that it could be around the 200-million-rupee mark in terms of gate receipts that we actually lost on our revenue. This is something we will have definite numbers for in the next couple of weeks, and we will provide the details of where we made the greatest losses.”