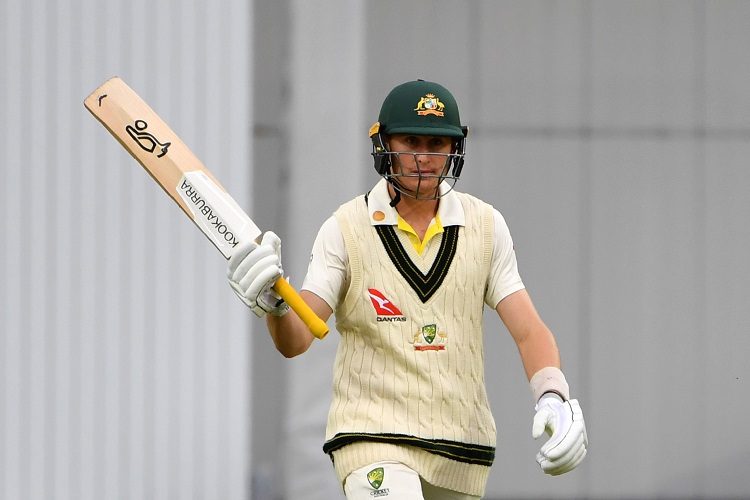 Marnus Labuschagne registered his third hundred in as many innings; rain allowed just over an hour's cricket at Rawalpindi; England Women took an unassailable 2-0 lead against Pakistan Women; and a Ranji Trophy match at Guwahati had to be called off due to curfew.

Marnus Labuschagne stood tall with an unbeaten 110 against New Zealand as Australia finished Day 1 at Perth on 248/4. This was Labuschagne's third consecutive Test hundred.

Batting first, Australia lost Joe Burns early before David Warner (43) took got them off to a brisk start. New Zealand then bowled to an excellent length to keep Steven Smith (43) under check – this, despite Trent Boult not playing and debutant Lockie Ferguson sending down just 11 overs after pulling a calf muscle.

Neil Wagner (2/52) generated serious pace and bounce off the pitch, and was rewarded with the wickets of both Warner and Smith. Matthew Wade did not last, but Travis Head got a few boundaries against the second new ball.

Rain and bad light allowed only 110 balls of cricket on Day 2 at Rawalpindi, during the course of which Sri Lanka advanced from 202/5 to 263/6 in their first innings.

Dhananjaya de Silva (72*) and Niroshan Dickwella (33) batted aggressively when play began late in the day, eventually adding 67. Shaheen Shah Afridi (2/47) broke the stand when he had Dickwella caught at gully, but only 12 more balls of cricket was possible.

England Women took a 2-0 lead in the 3-match ODI series against Pakistan Women with a 127-run win at Kuala Lumpur. Danni Wyatt fell cheaply after England opted to bat, but Heather Knight (86) took the attack to the Pakistan camp.

Pakistan began their chase well, thanks to Nahida Khan (40 in 43) and Bismah Maroof (64 in 65). At 101/2 in 20 overs they still had a chance, but only one of their bottom seven reached double figures as Anya Shrubsole, Knight, Sarah Glenn, and Sophie Ecclestone took 2 wickets apiece.

Curfew at Guwahati, no play

The Indian government imposed a curfew in Assam following political unrest in the state. This prevented, among other things, any play on the last day in the Ranji Trophy match between Assam and Services.