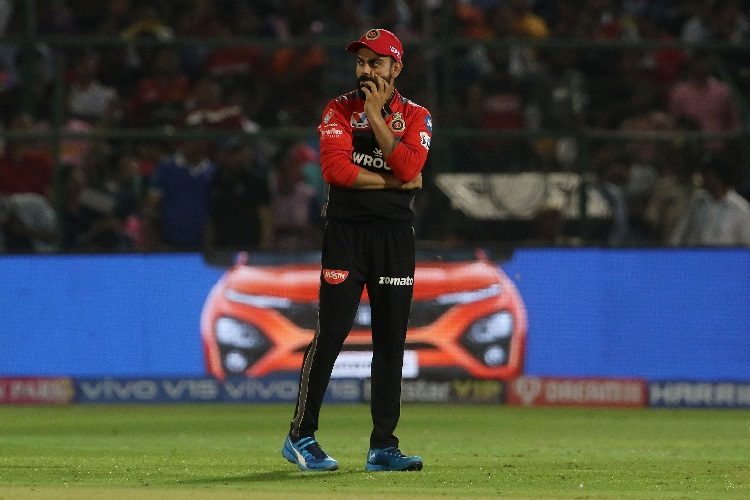 Kolkata Knight Riders barely exerted themselves as they saw off Rajasthan Royals to go to the top of the IPL 2019 table. Meanwhile, Royal Challengers Bangalore sunk to their sixth consecutive loss and are rooted to the bottom of the table. Elsewhere, cricket mourned the tragic passing of Elriesa Theunissen-Fourie.

Royal Challengers Bangalore remain rooted to the bottom of the table after losing by four wickets to Delhi Capitals at the M Chinnaswamy Stadium on Sunday, April 7.

However, their struggles in the field continued. Parthiv Patel dropped Shreyas Iyer off Tim Southee when he was on 4 – he went to score a 50-ball 67 to help guide Delhi home with seven balls to spare.

Victory means Delhi are right in the middle of a dogfight in the table – four teams are all on six points and are separated only by net run-rate.

Steve Smith came good for Rajasthan Royals, scoring a 59-ball 73, but even then, they managed to post just 139/3 after being asked to bat by Kolkata Knight Riders.

That was no match – Kolkata didn’t even utilise Russell’s hitting abilities as they coasted to an eight wicket win in just 13.5 overs, with Chris Lynn scoring a 32-ball 50 and Sunil Narine hammering a 25-ball 47.

Victory put Kolkata at the top of the IPL 2019 table – they have eight points, along with Chennai Super kings, but have a superior net run-rate. Rajasthan, meanwhile, languished at the bottom half of the table, saved from the pits only by Bangalore’s wretched form.

Elriesa Theunissen-Fourie, the former South Africa medium pacer, tragically passed away in Stilfontein after being involved in a road accident. She was just 25.

She played three ODIs and a T20I for South Africa in 2013, and played domestic cricket till 2016 before going on maternity leave. She also worked as a coach in community cricket thereafter.

The tragic accident also claimed the life of her child. “This is a dreadful tragedy in the true sense of that word,” Thabang Moroe, the CSA Chief Executive, said. “This is devastating news for all of us. Elriesa did so much for the community in which she lived and gave excellent service both as a national player of note and in the work she did at grassroots level to help in the less fortunate communities.”

Essex, in response to Hampshire’s mammoth 525/8 declared in the first innings, were bundled out for 164, with Fidel Edwards taking 5/51. They were made to follow on, and were 132/4 by stumps on Day 3.

Yorkshire were bowled out for 291, from an overnight 206/5, and Nottinghamshire ended the third day at 329/5, with Joe Clarke looking set to score his second century of the match, unbeaten on 97 at stumps.

In Taunton, the match proceeded at tremendous pace. Somerset have a lead of 133 by stumps on the third day after scoring 171/7 by stumps, having shot out Kent for 209 in their first innings. Somerset were bundled out for 171 in the first innings.

In Division Two, Durham were 10/0 by stumps on day three, and still need another 351 runs for victory. Derbyshire scored 334 in their second innings, after shooting out Durham for 171.

In Northampton, Middlesex are trailing by 65 runs ahead of the fourth day at 109/2 in their second innings. Northamptonshire, having scored 445 in their first innings and then bundling out Middlesex for 271 in response, have the advantage.