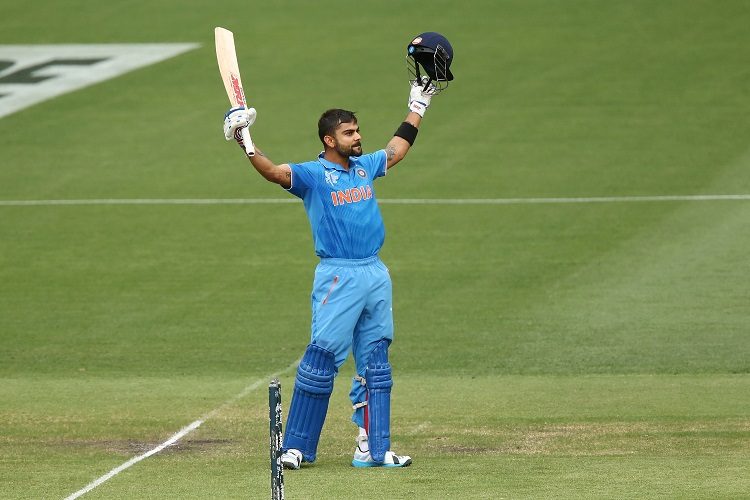 Having gone through the World Cup 2019 without reaching three figures, Virat Kohli scored a century to help India beat West Indies in the second ODI in Port of Spain. Elsewhere, India’s U19 side were the winners of the tri-nation series in England, and Winnipeg Hawks became champions of Canada for the first time.

Kohli’s 125-ball 120 helped India to 279/7, with Shreyas Iyer also scoring an important 71 from No. 5. However, a spell of rain thereafter meant the West Indies innings was truncated to a 46-over affair, with the target reduced to 270.

Chris Gayle then became the record ODI run-scorer for West Indies, overtaking Brian Lara, but was dismissed for 11. Evin Lewis (65) and Nicholas Pooran (42) then got amongst the runs, but Bhuvneshwar Kumar took 4-31 to help bowl out West Indies for 210 in 42 overs.

The final ODI will be played on Wednesday, August 14.

A thriller in Brampton went the way of Winnipeg Hawks, who saw off Vancouver Knights in the Super Over to win their maiden Global T20 Canada title on Sunday, August 11.

Shaiman Anwar’s 45-ball 90 helped the Hawks post 192/8 after batting first, with Chris Lynn (37) and JP Duminy (33), supporting him at various points. However, the Knights matched that score despite a poor start, with Shoaib Malik scoring a 36-ball 64 and Andre Russell hammering a 20-ball 46*.

The Knights, with Russell hammering a six, set the Hawks 10 to win the Super Over, and Lynn and Anwar got that figure in 4 balls.

With the victory, the Hawks dethroned the Knights as the reigning Canadian champions.

Derbyshire secured a 55-run victory over Yorkshire thanks to half-centuries from Wayne Madsen and Leus du Plooy and a 4-wicket haul from Logan van Beek.

Surrey were powered to a 7-wicket victory against Glamorgan, with Mark Stoneman scoring a 49-ball 53.

Middlesex secured a 9-run win on the DLS method. Gloucestershire posted 168/8 in their 20 overs, but rain intervened during the Middlesex innings, after they reached 156/3 in 18.1 overs.

Birmingham Bears subjected Lancashire to a first loss of the campaign after posting 179/6 and then restricting Lancashire to 164/7, despite Glenn Maxwell scoring a 39-ball 79.

The clashes between Worcestershire and Northamptonshire and Durham and Nottinghamshire were abandoned without a ball bowled.

India U19s began their preparations for the ICC U19 Cricket World Cup 2020 with a 6-wicket victory over Bangladesh U19s at Hove.

However, with half-centuries from all of Yashasvi Jaiswal, Divyaansh Saxena, Priyam Garg and Dhruv Jurel, the target was chased down in 48.4 overs.