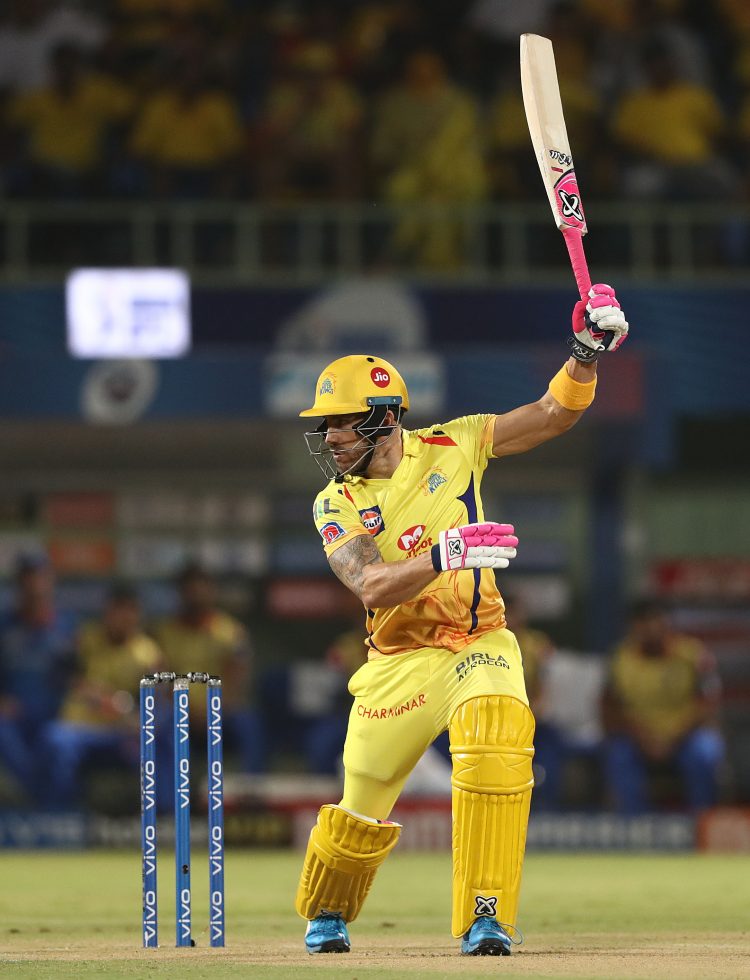 It was the battle of the sixes at the Wankhede Stadium in Mumbai as over 400 runs were scored between the two sides with the Chennai Super Kings narrowly edging out the Kolkata Knight Riders to win by 18 runs. Chennai boasts a deep batting unit this season and were able to put on an impressive total of 220 in their first innings thanks to a wonderful knock of 95* from opener Faf Du Plessis. They continued that momentum in their bowling innings with Deepak Chahar running through the Kolkata Knight Riders top order with his swing and seam to pick up 4 wickets.

The game should have been dead and buried with Kolkata reeling at 31/5 after 5 overs but a superb rescue act from Andre Russell, Dinesh Karthik and Pat Cummins almost took the Knight Riders over the line. Thankfully, Shardul Thakur and Sam Curran were able to execute the right lengths at the death with the wet ball and send Chennai to the top of the table.

After losing the toss and being put in to bat, CSK got off to a solid start in the powerplay. The openers Faf Du Plessis and Ruturaj Gaikwad were watchful against the spinners who were getting a bit of grip and turn on this surface but went after the fast bowlers to help Chennai score 54 runs in the first 6. This was a crucial innings for Gaikwad in particular after he struggled for form in the opening three games of the season.

After reaching 82 in the first 10 overs without losing a wicket, the openers looked to cash in on this flat pitch. Moeen Ali played a fantastic cameo of 25 from 12 balls following Gaikwad’s half-century and Du Plessis carried his bat till the end to score a superb 95* off 60 with Chennai scoring a humongous 65 runs in the final four overs.

In their reply, Kolkata got off to the worst possible start with Tripathi, Rana, Morgan and Narine all gifting their wickets to the opposition with poor shot selection. However, following this collapse, Andre Russell and Dinesh Karthik launched a stunning counter-attack to claw KKR back into the contest. The West Indian hit three off his first four balls to the boundary and took a stunning 24 runs off Shardul Thakur’s first over.

Russell threatened to take the game away from Chennai but his stay at the crease was cruelly cut short after he was bowled round his legs by Sam Curran for 54 from 22 deliveries. Nevertheless, despite losing Russell, Pat Cummins continued to take the fight to CSK and he hit 30 runs off a single Sam Curran over to give Kolkata a lifeline in the game.

Cummins eventually reached his 50 off 23 deliveries but ran out of partners at the death and Chennai eventually closed the game out to win their third consecutive match of the tournament and go to the top of the table.