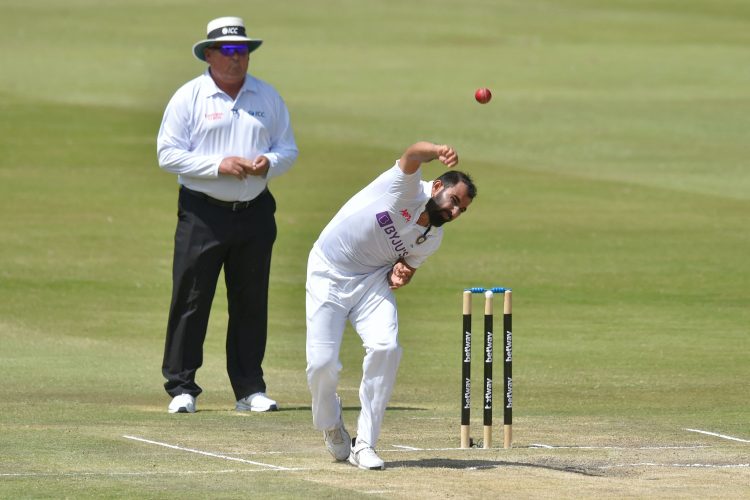 India edged closer to victory on day four of the first Test at Centurion after Jasprit Bumrah picked up two crucial wickets in the final hour of play to derail South Africa’s run-chase. Needing 305 to win, the tourists restricted the Proteas to 94 for four at stumps and are now only six scalps away from becoming the only Asian team to win a Test at SuperSport Park.

The fearsome Indian seam attack once again delivered when called upon with Mohammad Shami, Mohammed Siraj and Jasprit Bumrah making full use of the variable bounce and carry from the day four surface at Centurion. Following his five-wicket haul in the first innings, Shami drew first blood for India with the new ball, getting Aiden Markram to chop one onto his stumps with a delivery that tailed back in before Siraj removed Keegan Petersen with an outswinger that caught the outside edge.

However, as the ball grew softer, batting got easier for the South Africans, with the captain Dean Elgar showing similar grit in the fourth innings as he did at the Wanderers against India in 2018. Elgar was disciplined at the crease while also punishing the bad balls appropriately, and the opener shared a promising stand with Rassie van der Dussen to frustrate Virat Kohli’s side.

The pair displayed organisation in defence, and it took a special delivery from Jasprit Bumrah to break the 40-run partnership as Van der Dussen shouldered arms to a nip-backer that crashed into the off-stump. Bumrah followed up that inswinger with another masterful delivery to end the day, knocking over the nightwatchman Keshav Maharaj with a searing yorker that crashed into the base of leg-stump.

Earlier in the day, India resumed their innings at 16 for one and added 63 runs for the loss of two wickets in the first session. The batters struggled to adjust to the uneven bounce found in the morning, with Shardul Thakur and KL Rahul both caught in the slip cordon off deliveries that reared up off a length.

With the threat of rain looming on day five, the Indian batters looked to up the scoring rate in the second session to stretch their lead past 300. Unfortunately, most of India’s middle-order perished while looking to take the more aggressive option. Virat Kohli fell on the first ball after the break while chasing a wide delivery way outside off-stump for the second time in the game before Cheteshwar Pujara was caught down the leg-side off Lungi Ngidi.

Ajinkya Rahane and Rishabh Pant provided some brief entertainment at the crease – scoring 54 runs in 57 balls between them – but were both dismissed after mistiming pull shots against the South African pacers. Kagiso Rabada and Marco Jansen starred in the second innings for the Proteas, picking up eight wickets between them and wrapping up the tail to end India’s innings on 174.