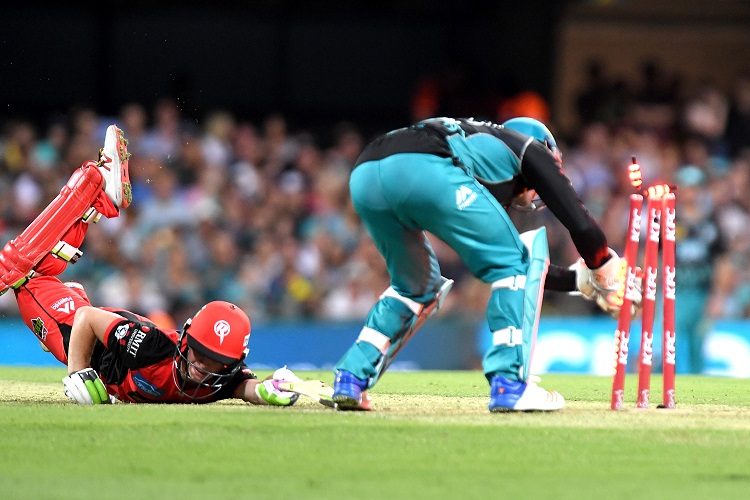 Beau Webster (36) and Shaun Marsh (27) helped Melbourne Renegades set a total of 164 which proved to be a huge one for Brisbane Heat. The Heat were bundled up for 120 even after good performances from the openers. Chris Lynn thus moved up two places and Beau Webster took a leap of three places. The fixture between Adelaide Strikers and Hobart Hurricanes saw Jonathan Wells scoring 45* and making significant progress in the chart. Each of the top ten batsmen of the tournament now has cross the 300-run mark.