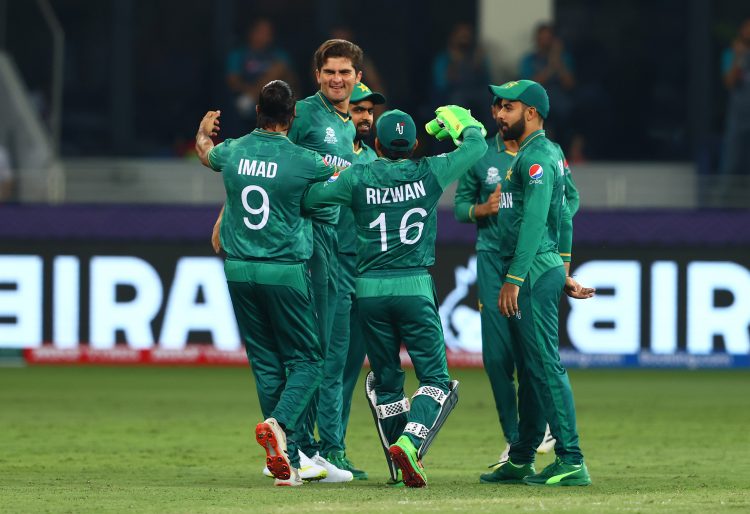 After 12 consecutive defeats against India at World Cups, the streak has finally ended as Pakistan handed Virat Kohli’s side a comprehensive defeat in their opening encounter at the 2021 T20 World Cup. It was a complete performance from Babar Azam’s men who dominated the Men in Blue in all three departments to register a clinical 10-wicket win and kickstart their World Cup campaign in style. Shaheen Afridi set the tone for Pakistan at the top, uprooting both openers with a fiery new-ball spell before half-centuries from Mohammad Rizwan and the captain Babar Azam took the team home with 13 balls to spare.

Pakistan barely put a foot wrong throughout the 37.5 overs of action on Sunday night and were given the perfect start by Shaheen Afridi, who bowled with searing pace and found a hint of swing with the new ball to remove both Indian openers. Shaheen dismissed Rohit for a golden duck with a pinpoint yorker that tailed in sharply before removing the in-form KL Rahul with a similar delivery that pitched on a good length and clattered into the stumps.

Suryakumar Yadav provided a brief counter-attack with a couple of elegant strokes to the boundary, but the right-hander fell in the 6th over against Hasan Ali to leave the Men in Blue reeling at 36 for three after the powerplay. However, the fightback from India came through Rishabh Pant and Virat Kohli, with the Indian captain looking to play the anchor role while Pant took the more aggressive route, smashing Hasan Ali for two one-handed sixes in an over.

Pant was dismissed for 39 after miscuing a slog sweep off Shadab Khan, but Kohli played his role to perfection as he reached his half-century off 45 deliveries. Shaheen Afridi returned to remove Virat for 57, but the left-armer conceded 17 off the 19th over as India took 51 runs from the final five overs to put on a respectable 151-run total.

However, with the pitch flattening out in the second innings and the dew settling in, the hopes of an Indian victory quickly faded with the in-form pair of Mohammed Rizwan and Babar Azam providing a steady start to the run-chase.

Rizwan cracked two boundaries in the opening over from Bhuvneshwar Kumar, and none of the Indian bowlers offered a substantial wicket-taking threat as the pair comfortably put on 71 in the first ten overs before accelerating in the back half of the innings. Azam and Rizwan pummelled Varun Chakravarthy for a six each in the 13th over and eventually cantered to victory as they finished with an excellent unbeaten 152-run partnership – the highest by any pair against India in T20I cricket.