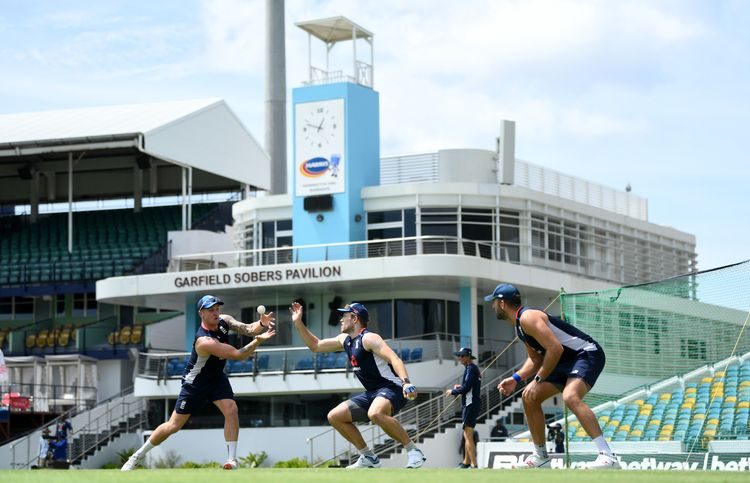 They might have lost the Test series but when it comes to ODIs, England are a different thing altogether © Getty Images

The 1st ODI between West Indies and England will be played at Kensington Oval, Bridgetown, Barbados.

West Indies vs England, WI vs Eng 1st ODI Live Cricket Score Streaming Online:The West Indians are high on confidence after regaining the Wisden Trophy. However, when it comes to ODIs, England are a different thing altogether. With 126 points, England are perched at the top of the ICC ODI rankings. West Indies, on the other hand, are placed 9th, with 72.

Of course, West Indies will be boosted by the return of captain Jason Holder, after serving a one-Test ban, and Chris Gayle, back after five months. Gayle will not play ODIs after the upcoming World Cup; a man for big occasions, he will want to make every opportunity to demonstrate what he is capable of.

WithEvin Lewis, Shai Hope, Shimron Hetmyer, and Nicholas Pooranin the side and a couple of all-rounders to follow, it will not be an easy task to restrict West Indies to a low score.

Kemar Roach, Player of the Seriesfor the Tests, will lead the attack. But despite the presence of Roach and Holder, the bowling may be found wanting – especially against the most explosive batting line-up in the world in this format.

England are likely to field six batsmen (including a wicketkeeper), three all-rounders, and two bowlers who can bat – in other words, a batting line-up without a tail. Several of them strike at over a hundred runs a ball (Jos Buttler’s strike rate is an almost unbelievable 116), while they will look forward to Joe Rootin case there is a collapse.

The English bowling attack, while not an outstanding one, can bowl tightly. Moeen Ali and Adil Rashid are not outstanding, but they have been instrumental in running through the middle order with their rapid economical overs. Of the pacers, all eyes will be on Mark Wood, who ran through the West Indies line-up in the first innings of thelast Test, at Gros Islet.

When is West Indies vs England 1st ODI?

The 1st ODI between West Indies and England will take place on Saturday, February 20, 2019.

Where is West Indies vs England 1st ODI?

The 1st ODI between West Indies and England will be played at Kensington Oval, Bridgetown, Barbados.

What time does West Indies vs England 1st ODI begin?

West Indies vs England 1st ODI will broadcast on Sony Ten 1 and Sony Ten Sports 1 HD in India, and on Sky Sports Cricket in the UK.

How do I watch online live streaming of West Indies vs England 1st ODI?