What England learned from the T20I series against India

What England learned from the T20I series against India 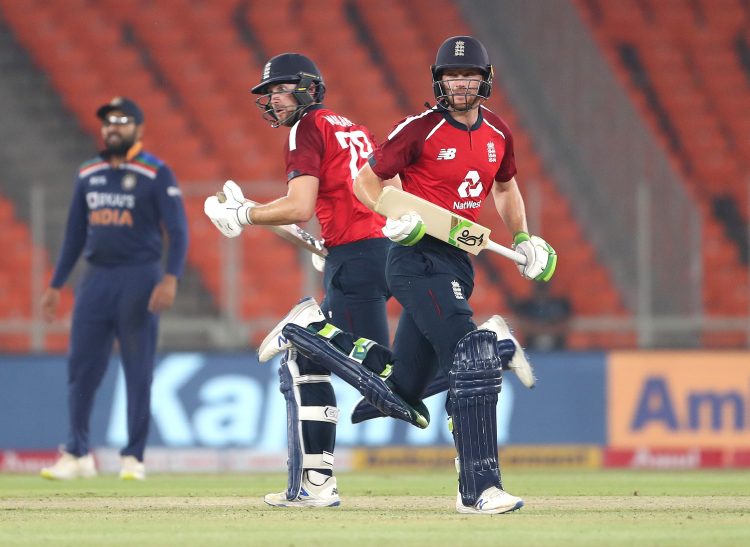 Despite losing the T20 series against India, there is a lot that Eoin Morgan and England can take from these five matches. England were able to play in conditions that will be very similar to the World Cup in October and players like Malan, Roy and Wood among were able to get accustomed to these subcontinent pitches. Unlike India who used this series to experiment, England had a more settled XI throughout the five games and used only 12 players. The English players would have learned a lot from this series against a top side like India and here are the main takeaways for the visitors from these five games.

Jason Roy and Jos Buttler performed admirably throughout the series to allay any fears over who should be opening the batting in the World Cup. Roy’s innings in the first T20 helped England win the game while Buttler top-scored for the visitors in the series with 172 runs at a strike rate of 147. The resurgence of Alex Hales might throw a spanner into the works but as things stand Buttler and Roy should be England’s opening combination in October.

One of the biggest conundrums for Eoin Morgan and England is how to make the most of their most valuable T20 player, Ben Stokes. The England all-rounder had a very minor role to play in this series and ended up with only 84 runs and three wickets. Stokes is arguably underused by England in T20 cricket and is wasted at number 6 where he hardly gets to face many balls each innings. Morgan will have to figure out a way to use Ben Stokes more effectively in the shorter format of the game and a move up the order like at Rajasthan Royals in the IPL could be beneficial for England.

Despite his fluent innings in the last T20I, Dawid Malan had a tough time in this series. While Malan did score 148 runs in the five games, he was batting at a strike rate of only 120 and took his time to get going and used up a lot of balls in the powerplay. Malan is the number one ranked T20 batsman in the world so should be given more opportunities by England but Morgan has options like Alex Hales, Joe Root or Sam Billings waiting in the wings if Malan fails to deliver.