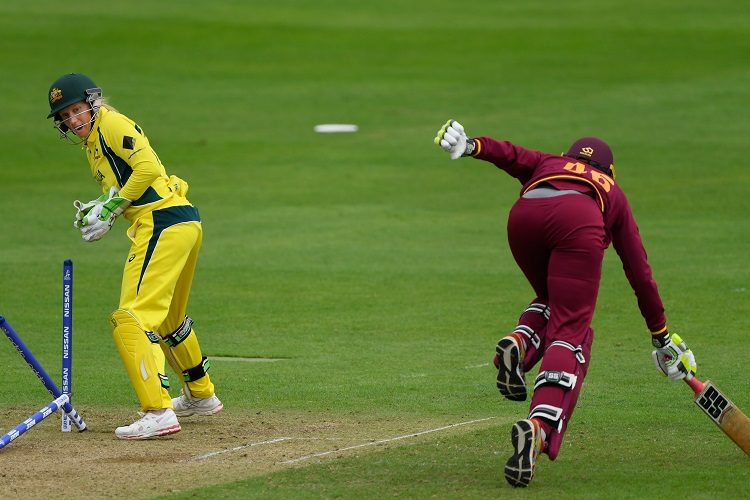 After thrashing West Indies Women 3-0 in the ODIs, Australia Women will now take them on for a 3-match T20I series, to be played entirely at Kensington Oval, Bridgetown, Barbados. Given how overwhelmingly dominant Australia have been in the ODIs, this may be yet another walk in the park for the defending world champions in the format.

West Indies hold fond memories for the Australians, who had won the World T20 here last year. Since then they have beaten England 2-1 at their den. Before the World T20, they had beaten Pakistan 3-0 and New Zealand 3-0 and won the Tri-Nation tournament in India – a run that had includes 17 wins and 3 defeats.

So emphatic were the Australians in the ODIs that only six of them needed to bat in the entire series, and only one – Georgia Wareham (4.13) – went for over four an over, but then, Wareham was the leading wicket-taker.

The numbers for West Indies, on the other hand, cut a sorry figure: Stafanie Taylor got runs but had a strike rate of 54; Sheneta Grimmond scored quickly but did not get them big; no bowler took more than 2 wickets, and none of them (with a 10-over cut-off) went for under 5.

It was as one-sided at it could have been, and it is unlikely that things will be different this time.

Australia Women lead 9-1 here including 2-0 on West Indian soil. Their only defeat came in the 2016 World T20 final, when West Indies lifted their maiden trophy.

Anisa Mohammed (West Indies Women): The first cricketer to take 100 T20I wickets across genders, Anisa did not quite make an impact in the ODIs, her first international outings upon return. However, T20Is have been her forte, and she will be back to her best, both stemming the flow of runs and picking up wickets.

Ellyse Perry (Australia Women): The only cricketer to do the 1,000 run-100 wicket double in T20Is, Perry has not been dismissed in her last 7 international innings and had scored a Test hundred in the one before that. She has not bowled as much after her usual first-spell strikes, though she registered the best figures (7/22) in Australian ODI history against England at Chelmsford barely two months ago.

Australia to pull off yet another comprehensive win.