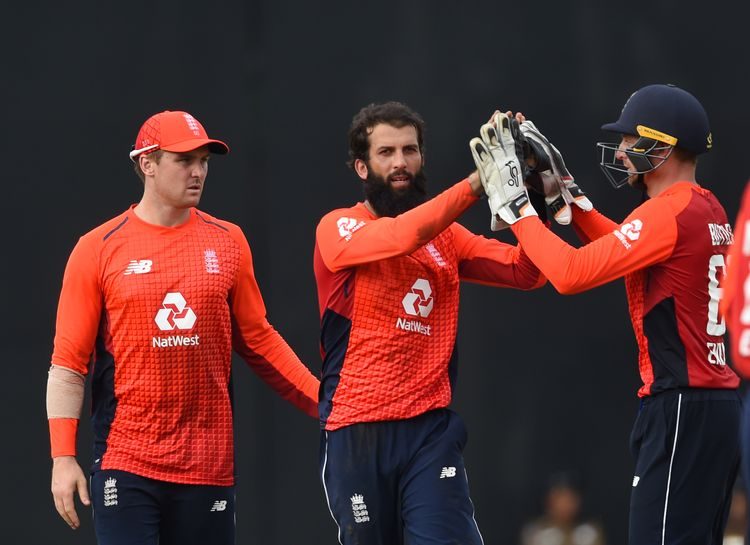 Moeen Ali, one of the several all-rounders in the side will be crucial in the bottomless batting line-up

England are the top-ranked ODI side in the world, but West Indies will be buoyed by their recent victory in the Test series.

England’s win in the “dead rubber” Test could hardly compensate for them conceding the Wisden Trophy to West Indies after a decade. West Indies had won the first two Tests by 381 runs and 10 wickets. The win has bolstered the confidence of the hosts ahead of the five-ODI series, beginning at Kensington Oval, Bridgetown, Barbados on February 20.

On the other hand, the England ODI outfit is significantly different from the Test side, which means that their cricketers will not carry memories of the humiliation of the two Tests. An intense series is on the cards.

Jason Holder had been banned from participating in the third Test after West Indies had failed to keep up with the over rates. He will return to lead West Indies.

Chris Gayle, playing his first ODIs since August, will open batting for West Indies. Gayle has announced that he will retire from ODIs after the upcoming World Cup. The showman that he is, he will want to go out with a bang. He is likely to open with Evin Lewis, who is yet to replicate his terrific T20I strike rate of 164 in ODIs.

Shai Hope, who had counterattacked magnificently in the ODIs in India, should bat at three, followed by the destructive Shimron Hetmyer. West Indies are also likely to play the uncapped Nicholas Pooran, who has taken the world by storm with his six-hitting in T20 cricket. Rovman Powell should complete the batting line-up at six: Darren Bravomay be wasted at that position.

Apart from bowling some tight off-breaks, Ashley Nurse will provide solidity with bat down the order alongside Holder. Kemar Roachand Oshane Thomaswill combine with Holder to form the pace attack. Devendra Bishoo is likely to get the nod ahead of Fabian Allen as the second spinner.

England had an easy win their tour game against UWI Vice-Chancellor’s XI, but their opposition was not the strongest of sides. The win featured hundreds from Jason Royand Joe Root andsome probing bowling from Chris Woakes, Mark Wood, and Adil Rashid.

England’s greatest strength in ODI cricket is their explosive, seemingly bottomless batting line-up. Their top three –Roy, Jonny Bairstow, and Alex Hales– are the more destructive in the world (the Indian top three score more but at a significantly lower strike rate).

RootandEoin Morgan will provide England with much-needed resilience if they have one of their rare collapses. Both men also possess the ability to explode at will. Jos Buttler, themost explosive of them all, will either follow them or can used as a floater up the order.

Ben Stokes and Moeen Ali, the all-rounders of the side (one may add Woakes to the list as well), will continue with the big hitting. Wood – who had run through West Indies in the third Test – and Rashid are likely to be the other bowlers.