Warner, Labuschagne punish England to give Australia the honours on Day 1

Warner, Labuschagne punish England to give Australia the honours on Day 1 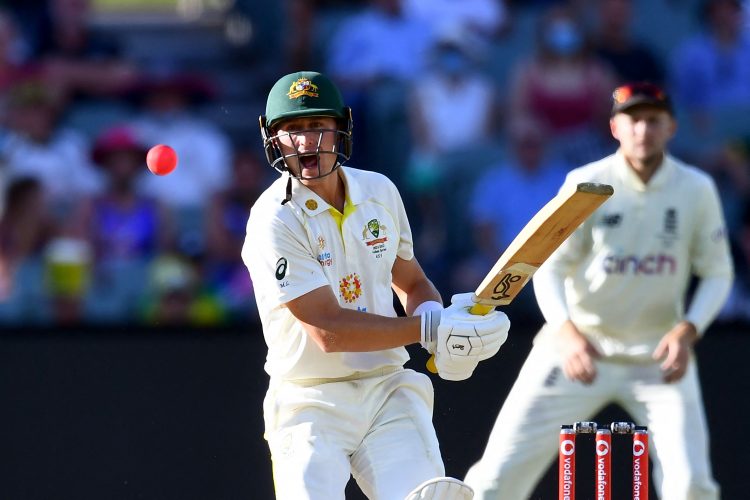 Australia picked up in Adelaide right from where they left off in Brisbane as the hosts ended the opening day of the pink-ball Test in a comfortable position at 221 for two. David Warner and Labuschagne starred in the first innings once again, making 95 runs each and sharing a gritty 172-run stand on an excellent batting track at the Adelaide Oval.

England’s chances of drawing the series received a massive boost at the sight of Steve Smith walking out for the toss after Pat Cummins was ruled out of this Test due to Covid-19 regulations in South Australia. However, Warner and Labuschagne’s disciplined partnership quickly extinguished those hopes as the five-man English pace attack struggled to find the right line and lengths with the pink Kookaburra.

England enjoyed a promising opening hour with the new ball, with the returning duo of James Anderson and Stuart Broad conceding just 11 runs in the first nine overs of play to go along with the wicket of Marcus Harris. Playing in his 150th Test match, Stuart Broad strangled the left-hander down the leg side with Jos Buttler taking a superb diving catch.

However, following on from the trend from the first Test, England couldn’t find a way past Marnus Labuschagne and David Warner. Both batters were ready to dig in and see out the new ball, with Warner taking 20 deliveries to get off the mark while Labuschagne played out 37 consecutive dot balls in the opening session.

England employed the short ball tactic against Labuschagne throughout the day, and the ploy should have worked, only for Jos Buttler to spill a chance down the leg side with the Queenslander on 21. The dropped effort proved to be costly for England with Warner and Labuschagne shifting through the gears as the swing disappeared and the ball grew softer. The left-hander cut loose against some short stuff from Ben Stokes and Chris Woakes, eventually reaching his half-century off 108 balls, the third-slowest of his career. Labuschagne took even longer, reaching his 12th career half-century off 156 deliveries.

England remained wicketless in the post-dinner session but were finally afforded some respite when David Warner fell agonisingly short of his 25th Test century for the second innings in a row, slapping a short wide delivery from Stokes straight to the man at cover on 95. The visitors could have also removed Labuschagne on 95 before the close of play, only for Jos Buttler to drop the Australian for the second time, spilling a regulation chance on the stroke of stumps to cap off a disappointing day’s play for Joe Root’s men.