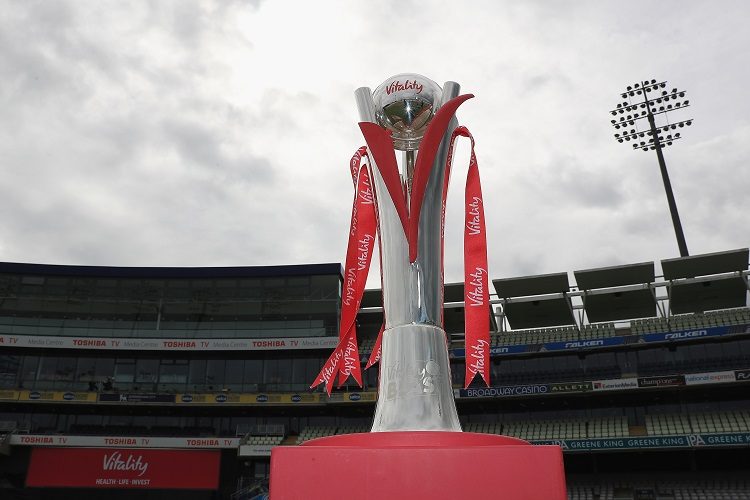 The Finals' Day of Vitality Blast 2019 has already witnessed defending champions Worcestershire Rapids and Essex Eagles knock out Nottinghamshire Outlaws and Derbyshire Falcons respectively in back-to-back semi-finals at Edgbaston. The teams will now clash in the final.

The Rapids as good as pulled off a heist in the semi-final: the Outlaws needed to score 11 in 2 overs with 7 wickets in hand, but they managed only 9 thanks to some terrific death bowling from Pat Brown and Wayne Parnell.

There has been some turn on this dry pitch, so expect the spinners – Moeen, Harmer, and Nijjar – to play major roles. Both sides may even field extra spinners to boost their attacks.

Given how they held their nerves at the death against a strong Notts outfit, Worcestershire will probably take field as favourites. They have also had a much-needed break, while Essex will have to play back-to-back matches.

This is going to be the first T20 match between the teams.

Moeen Ali (Worcestershire Rapids): Six matches, 333 runs, SR 178, 9 wickets, 6.90: it is impossible to argue with those numbers. Player of the Match in both quarterfinal and semifinal, Moeen will be the most-watched player from either side.

Cameron Delport (Essex Eagles): Like Moeen, Delport, too, has struck at 172. He has hit a boundary every 2 balls in the tournament (40 fours, 24 sixes in 129 balls), and possesses that rare ability to turn the course of any match in the span of half an hour.

Worcestershire to lift the trophy.