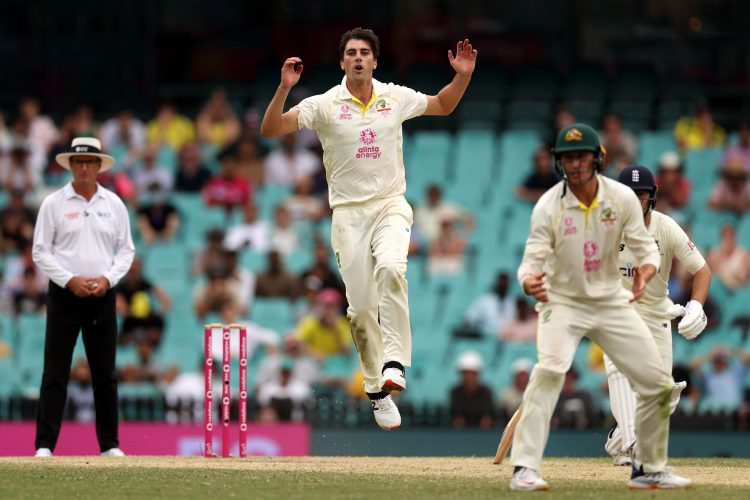 Australia and England delivered another Ashes classic on Sunday at the Sydney Cricket Ground, as the visitors hung on for a thrilling draw in the fourth Test, batting out the final day to deny Pat Cummins’ side the opportunity to complete a clean sweep. The tourists showed that they still had plenty of fight left in them despite losing the series with Zak Crawley and Ben Stokes scoring half-centuries, before Jack Leach, Stuart Broad and James Anderson combined to survive 10.4 overs in the fading Sydney daylight to complete the great escape.

Stuart Broad joined Jack Leach with 45 minutes remaining on the clock as Australia remained only two wickets away from going 4-0 up in the series. However, the left-arm spinner denied the Aussie pacers until the shadows cast on the pitch meant that only spin would be allowed to operate for the final four overs of the day, compelling Pat Cummins to turn to his vice-captain Steve Smith for a miracle.

The part-time leg-spinner had his home crowd on its feet when he picked up his first Test scalp since 2016 to remove Jack Leach with two overs remaining. However, the veteran duo of Stuart Broad and James Anderson saw out the nail-biting final 12 deliveries with fielders camped around the bat to take England to safety in dramatic fashion.

England’s staunch resistance on day five began with some excellent stroke-play from Zak Crawley, who scored the first half-century by an English opener in this series in the fourth innings in Sydney. Despite losing his opening partner Haseeb Hameed for nine, Crawley took the attack to the Australian pacers, playing some authoritative pull shots through the leg-side and showcasing some glimpses of his promise.

The 23-year-old scored 77 of England’s first 91 runs before eventually succumbing to a toe-crusher from Cameron Green prior to Lunch, leaving the visitors at 96 for three. Australia could have had a fourth before the break, but Marcus Harris dropped a tough chance off Pat Cummins with Ben Stokes on 16. The all-rounder went onto stitch a 60-run partnership with Joe Root that lasted 25 overs before seeing out a further 16 overs with Jonny Bairstow.

The visitors entered the final session with five wickets left in the tank, but Australia slowly managed to find the breakthroughs as the day wore on. Nathan Lyon removed an inconsolable Ben Stokes for the second time in the game, while Pat Cummins dismissed Jos Buttler and Mark Wood within the space of three deliveries, the second of which was an unplayable inswinging yorker with the new ball.

Australia thought that victory was within their grasp when Scott Boland bounced out the last recognised batter, Jonny Bairstow, with 64 deliveries remaining, but England’s tail hung on valiantly in the final hour to deny the hosts the chance to complete a 5-0 whitewash.