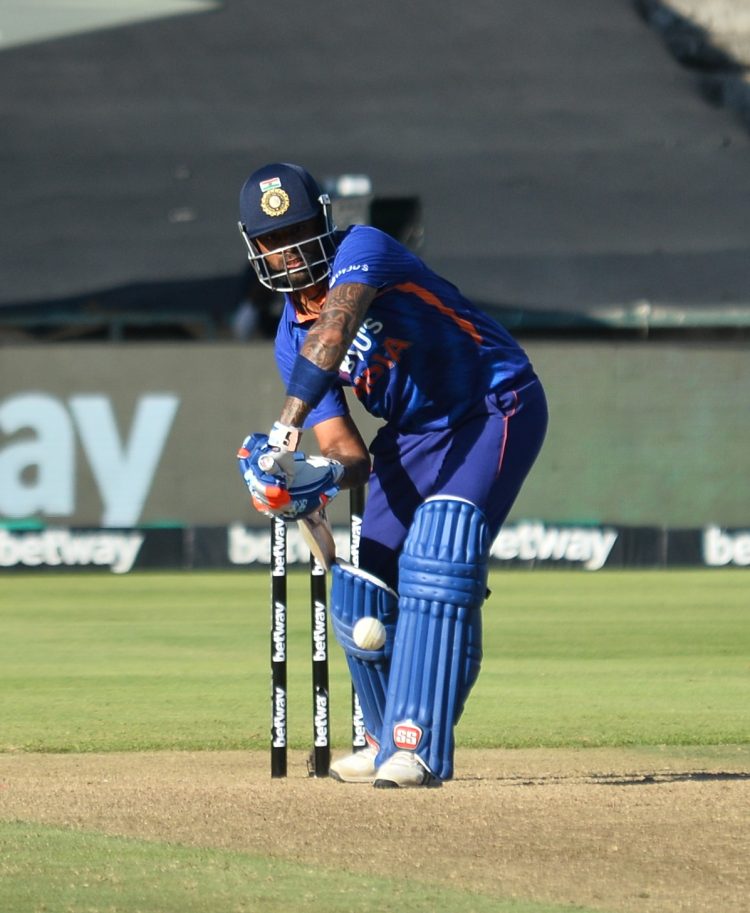 India registered their record-equalling ninth consecutive victory in the T20I format, as they completed a clean sweep over the West Indies in the 3rd T20 with a comfortable 17-run win at the Eden Gardens in Kolkata. Suryakumar Yadav stole the show with the bat for the Men in Blue, creaming seven sixes in his 31-ball 65 and sharing a 91-run partnership with Venkatesh Iyer (35* off 19) to help India post 184 on the board.

Nicholas Pooran gave the visitors some hope in the run-chase with his third consecutive half-century of the series, but Harshal Patel finished with career-best figures of 3 for 22 to see India home and leave the West Indies winless in their white-ball tour of the subcontinent.

Having already sealed the series victory, India made a raft of changes for the final encounter with Virat Kohli, Rishabh Pant, and Yuzvendra Chahal afforded some rest. Ruturaj Gaikwad was given a rare opportunity at the top of the order alongside Ishan Kishan, but the 2021 IPL orange cap winner couldn’t make it count, falling for just four after top-edging a Jason Holder delivery.

Despite the early setback, Shreyas Iyer and Ishan Kishan got India off to a promising start in the powerplay, but were dismissed in consecutive overs against the spinners as they looked to up the ante. Entering at number four, Rohit Sharma also struggled through the middle, scoring just seven runs off 15 balls before falling to Dominic Drakes.

Rohit’s dismissal brought Venkatesh Iyer and Suryakumar Yadav back together at the crease, and after a cautious start, both batters tore apart the West Indies pacers with their audacious stroke-play. The pair sent nine strikes over the boundary ropes between them and helped India score 86 runs in the final five overs, the most they have managed in overs 16 to 20 in T20I history.

Chasing 185, the West Indies learned their lesson from the 2nd T20I and made the most of the field restrictions as they managed 68 runs in the powerplay thanks to some positive intent from Rovman Powell and Nicholas Pooran. However, this ultra-aggressive approach also saw the visitors lose five wickets inside the first 10.2 overs, with Deepak Chahar nicking off openers Shai Hope and Kyle Mayers while Venkatesh Iyer removed all-rounders Pollard and Jason Holder in quick succession.

Nicholas Pooran kept the tourists interested with another 50, and the vice-captain was kept good company by all-rounder Romario Shepherd to leave the West Indies needing 37 off the final three overs. However, Harshal Patel (3 for 22) and Shardul Thakur (2 for 33) bowled with unerring accuracy at the death, conceding 19 runs off the final 18 deliveries as India sealed the 3-0 series clean sweep with another ruthless performance with bat and ball.