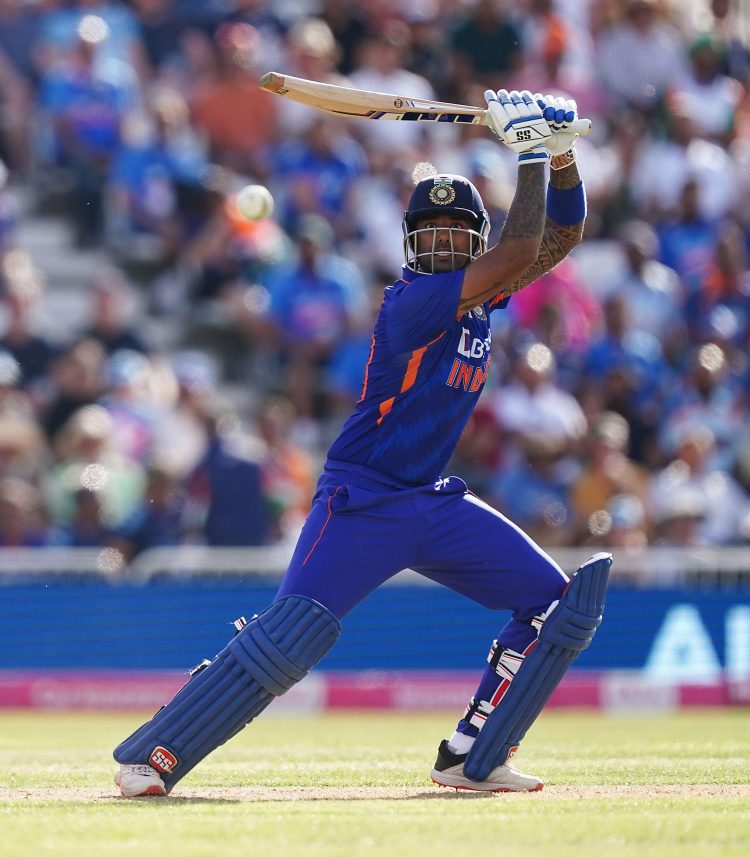 Suryakumar Yadav smashed a breathtaking half-century as India comfortably breezed past Hong Kong by 40 runs in Dubai to secure their place in the Super Four stage of the 2022 Asia Cup. The number four creamed 68 runs from just 26 balls to take the Men in Blue to 192 for two, a total which proved to be too tall an order for Hong Kong, with the minnows finishing their chase on 152 for five.

Having lost the toss and put into bat, Rohit Sharma gave India a fast start with a couple of big hits against Haroon Arshad. However, the captain perished for 21 off 13 after miscuing Ayush Shukla to mid-on, while his partner KL Rahul struggled on the sluggish surface, scoring just 16 runs in 20 balls in the powerplay.

Virat Kohli suffered a similar fate to start his innings, with only 15 runs coming off his first 18 deliveries. Kohli and Rahul managed to score just one boundary in the first five overs of their partnership, and Mohammad Ghazanfar brought an end to the opener’s troubled stay at the crease on 36 off 39 balls in the 12th over.

Kohli grew in confidence as his knock progressed as he launched the leg-spinner for a couple of boundaries, but the real acceleration came off the bat of Suryakumar Yadav, who added some much-needed momentum to the Indian innings. The number four swept the first two deliveries he faced for four before ramping Aizaz Khan for six over the keeper’s head to move to 26 from 10 deliveries. Yadav mowed a trio of boundaries against Ayush Shukla in the 18th over before Virat Kohli brought up a 40-ball half-century and cleared the ropes against Ehsan Khan with a slog sweep over cow corner.

In the final over, Suryakumar Yadav plundered Haroon Arshad for four sixes to all parts of the ground to finish with 68 off 26, propelling India to a commanding total of 192.

In response, Hong Kong lost opener Yasim Murtaza in the second over of the run chase, but Babar Hayat took on Arshdeep Singh and Avesh Khan in the final two overs of the powerplay that went for 29 runs, taking the team to 51 for one. However, Hong Kong lost their skipper Nizakat Khan on the final ball of the powerplay to a run-out, and the Indian spinners – Chahal and Jadeja – dominated the middle overs with their tight lines to choke the opposition.

Jadeja removed Babar Hayat for 41 in the 12th over, and despite some valiant hitting from Zeeshan Ali and Scott McKechnie in the back half of the innings, Hong Kong fell well short of the 192-run target as India secured the top spot in Group A with a straightforward win.