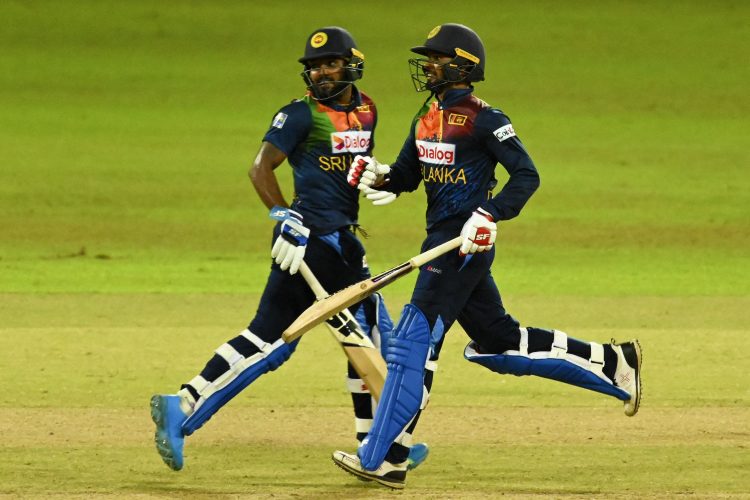 Sri Lanka drew level in the 2nd T20I against India after a last-over thriller at Colombo to set up a series decider against the Men in Blue. While India were hamstrung ahead of the game due to the various absentees, the hosts made the most out of the situation to beat the visitors by four wickets on a tricky wicket. The Sri Lankan spinners bowled incredibly well to restrict India to only 132, and a mature innings of 40* from Dhananjaya de Silva took them home with two balls to spare to level the series.

After Krunal Pandya’s positive test, India only had 11 players available to them for this fixture which left them particularly thin in the batting department. Eight players – including Suryakumar Yadav, Prithvi Shaw, Ishan Kishan and Hardik Pandya – were ineligible to play this game after being deemed as close contacts of Krunal, forcing India to go into the match with only 5 batters and have Bhuvneshwar Kumar and Kuldeep Yadav come in at number six and seven.

India’s batting woes were exacerbated by the sluggish pitch at Colombo which made it incredibly difficult to score freely due to its two-paced nature. India got off to a solid start in the powerplay, scoring 45 runs in the first six overs after some crisp striking from Shikhar Dhawan and Ruturaj Gaikwad.

Gaikwad fell shortly after the powerplay, but his fellow debutant Devdut Padikkal adapted well on the sluggish pitch and played some elegant strokes to the boundary. With only five specialist batters in the XI, Shikhar Dhawan looked to anchor the innings while the others bat around him. Unfortunately, the Indian captain struggled to find his timing after the powerplay and eventually fell for an uncharacteristic 40 from 42 balls.

After a solid foundation from the openers, India failed to accelerate towards the back end of the innings and found it particularly challenging against the Sri Lankan spinners – Dananjaya and Hasaranga – scoring only 38 runs in the last five overs.

In the run-chase, India struck early on after an excellent catch from Rahul Chahar on the boundary to dismiss the dangerous Avishka Fernando, and the Indian spinners controlled the middle overs with regular wickets. Varun Chakravarthy cleaned up Sadeera Samarawickrama while Kuldeep Yadav removed Bhanuka and Shanaka to put India in the driving seat at 66-4.

However, the dew made it harder for the Indian spinners as the innings wore on, and Wanindu Hasaranga got Sri Lanka back into the contest with some big hits off Kuldeep Yadav and Rahul Chahar. Hasaranga was dismissed off the final ball of Chahar’s spell, but Dhananjaya de Silva took the game deep for the hosts, using all his experience to good effect.

With 18 needed off the final two overs, Chamika Karunaratne delivered the telling blow, hitting a full toss from Bhuvneshwar Kumar over the ropes, and De Silva finished the job in the final over to set up the decider in the 3-match T20I series.