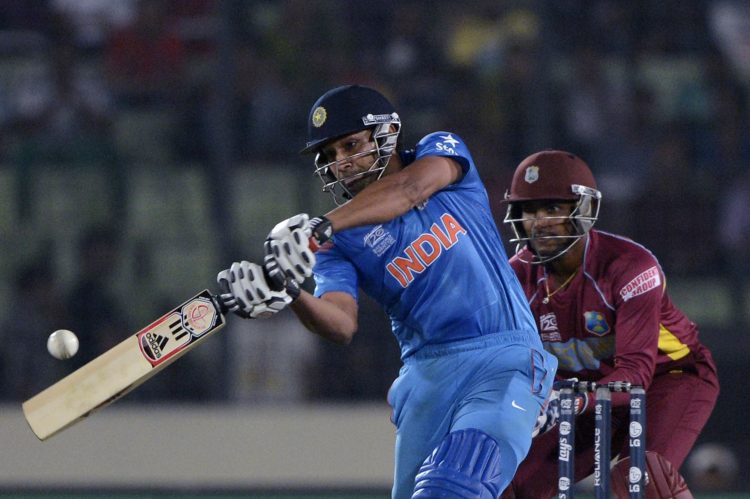 Rohit Sharma enjoyed an excellent start to his reign as India’s permanent ODI captain as the Men in Blue comfortably brushed aside the West Indies to win the opening ODI in Ahmedabad by six wickets on Sunday. Spinners Yuzvendra Chahal (4 for 49) and Washington Sundar (3 for 30) picked up seven wickets between them to skittle the West Indian batting line up for just 176, a total which India comfortably chased down inside 30 overs to mark their 1000th ODI with a victory.

Having won the toss and opted to field, India dominated from the outset with their new-look bowling lineup as Mohammed Siraj struck in the third over, castling Shai Hope with a nip-backer after being crunched for two boundaries. Prasidh Krishna and Washington Sundar continued to sustain the pressure with the new ball, and the off-spinner was duly rewarded as he got Brandon King to chip one straight to midwicket before trapping Darren Bravo on his pads four balls later.

On a pitch that was beginning to offer turn, Rohit Sharma delayed Yuzvendra Chahal’s introduction till the 20th over, but the leg-spinner instantly got in on the action as he picked up two wickets in his opening over. Chahal first had Nicholas Pooran out lbw while sweeping before bursting through the defences of the captain Kieron Pollard for a golden duck with a googly. Chahal added a third victim in his second over as Shamarh Brooks was caught behind by Rishabh Pant before Prasidh Krishna reduced West Indies to 79 for seven with the dismissal of Akeal Hosein.

The resistance from West Indies eventually came from the bat of Jason Holder, as the all-rounder shared a 78-run partnership with Fabian Allen to take the team past 150. Holder used his long levers to hit four towering sixes and reach a well-deserved 50 before eventually perishing against Prasidh Krishna. Washington Sundar, meanwhile, removed Fabian Allen on 29 before Yuzvendra Chahal rounded up the West Indies innings with his fourth scalp of the day.

Chasing 177, India made light work of the target as Rohit Sharma got the Men in Blue off to an excellent start in the powerplay. The Indian captain displayed his trademark elegance and touch, creaming Kemar Roach to all parts of the ground as he reached his 44th ODI half-century in only 42 deliveries.

Alzarri Joseph eventually provided the breakthrough for the visitors, trapping Rohit Sharma on his pads for 60 with an inswinger. The seamer also had Virat Kohli caught on the boundary in the same over, as the former captain uncharacteristically pulled one down the throat off fine leg off the fourth delivery he faced. Ishan Kishan also holed out in the deep while Rishabh Pant suffered a misfortunate run-out, but India cantered home as Suryakumar Yadav added 62 alongside the debutant Deepak Hooda to take the hosts to victory with more than 20 overs to spare.