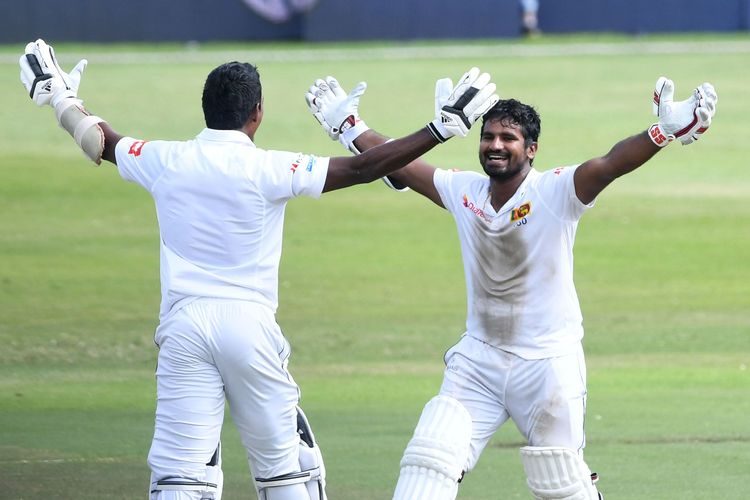 Sri Lanka needed 78 when last man Vishwa Fernandojoined Kusal Pereraat the crease in the first Test, at Kingsmead, Durban. Vishwa held the fort for 73 minutes as Perera smashed a stunning unbeaten 153 to help Sri Lanka script a fairy-tale win. This is now the highest ever fourth-innings last-wicket partnership in a winning cause in First-Class cricket – let alone Test cricket.

Sri Lanka will be eyeing history in more ways than one when they take field in the second (and final) Test, at St George’s Park, Port Elizabeth. A draw here will help them win the Test series, something no side barring Australia and England has done on South African soil since the latter’s readmission to Test cricket. It will also make Sri Lanka the second team (Australia won 3-0 in 2005-06) to finish a Test series in South Africa without a defeat over the same period.

Despite their defeat, the South Africans will take field as favourites, especially in these conditions. They will be dented by the absence of Vernon Philander, who is set to miss the Test with a Grade 1 hamstring injury. Philander will be replaced by Highveld Lions all-rounder Wiaan Mulder.

South Africa’s long tail was exposed in the second innings at Durban (they lost 5 for 8), but it is unlikely that they would replace a bowler with a batsman in a must-win Test.

South Africa are likely to retain their top six. Hashim Amla’s string of failures remains a concern, but his experience will probably tip the scales in his favour. Amla had shown glimpses of returning to form in the previous series against Pakistan, but that has been his only success in the past year and a half.

Sri Lanka should field an unchanged side. While Perera’s innings was the most definitive performance of the Test (he also scored 51 in the first innings), a significant chunk of the credit should go to their new-look bowling attack.

Vishwaand Kasun Rajitha had played a total of 7 Tests between them before the Durban Test. Between them, they shared 12 wickets. Suranga Lakmal did not get the wickets but spearheaded the attack as he has done since 2017.

Lasith Embuldeniyashone on debut, not only with 5/66 in the second innings but also with a gritty 24 in despite taking several blows on the body.Oshada Fernando, another debutant, showed grit for his 19 and 37. These were not big scores, but he looked mature enough to earn a call-up to the ODI squad.

But the most crucial man will be Dimuth Karunaratne, who led imaginatively on captaincy debut and was Sri Lanka’s immovable object in 2018.