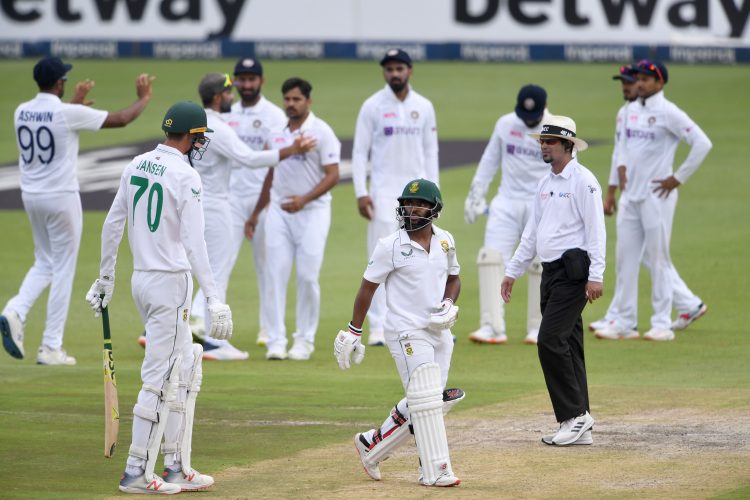 After two thrilling Tests at Centurion and Johannesburg, the three-match series between South Africa and India is tantalizingly poised at 1-1 with everything to play for in the decider at Cape Town. The Men in Blue produced a sensational all-round performance to win the opening encounter by 113 runs, but South Africa hit back at the Wanderers with Deal Elgar leading from the front to help the Proteas complete an impressive fourth-innings chase on a challenging up-and-down surface.

The positive news for India ahead of the third and final Test at Newlands is the return of Virat Kohli to the starting XI following his absence in the second Test due to injury. India missed Kohli’s experience and leadership on the field at the Wanderers, with the Men in Blue picking up only three wickets in South Africa’s fourth-innings run-chase under the stewardship of vice-captain KL Rahul.

Moreover, the skipper also returns to shore up the much-maligned middle order, which was badly exposed in the first innings in Johannesburg as India collapsed to 202 on day one. Although Kohli hasn’t been on top form in red-ball cricket in recent years, the 33-year-old averages over 50 in Tests in South Africa and his presence at number four reduces India’s dependency on the under-fire duo of Cheteshwar Pujara and Ajinkya Rahane.

The impressive South African pace battery of Rabada, Ngidi, Jansen and Olivier caused the Men in Blue plenty of problems with their extra bounce and accuracy in Johannesburg, and Virat Kohli and co will have to show much more application with the bat in Cape Town in their quest of becoming the first Indian team to win a Test series in South Africa.

While Virat Kohli is expected to return to the XI after missing the second Test due to back spasms, there are question marks over the fitness of Mohammed Siraj, who tweaked his hamstring while bowling on day one at the Wanderers. Ishant Sharma is the favourite to replace Siraj in the Indian XI, with the veteran pacer preferred over Umesh Yadav due to the extra bounce he can generate on South African pitches because of his height.

South Africa, on the other hand, are unlikely to change a winning combination after their excellent performance with bat and ball at the Wanderers, sticking with the same quartet of pacers alongside lone spinner Keshav Maharaj.