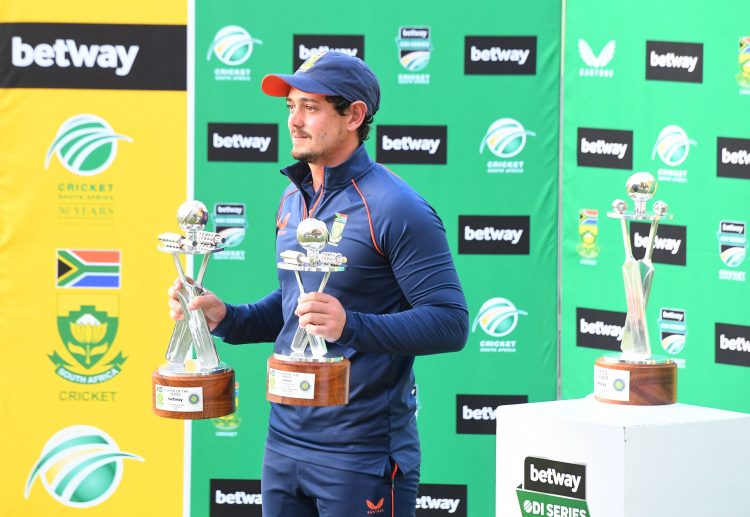 After suffering a narrow defeat in the Test matches, Team India were completely outplayed by South Africa in the ODI’s, with the hosts completing a 3-0 clean sweep over KL Rahul’s men thanks to some stunning performances from the likes of Quinton de Kock and Rassie van der Dussen.

Here is our report card for the series.

Returning to the South African side for the first time since his shock retirement from Test cricket, Quinton de Kock made his mark on the series as he finished as the highest run-getter with 229 runs at a strike rate of 96. The left-hander won Proteas the second ODI in Paarl with a quickfire 78 and scored a chanceless century in the final encounter in Cape Town, which helped the Proteas complete the clean sweep.

Considering his lofty standards, it was a middling series with the bat for Virat Kohli in his first outing in ODI cricket since his removal as skipper. Although Kohli scored 116 runs at a respectable average of 38 in the three matches, the former captain failed to convert either of his two half-centuries into big scores in India’s run-chases, causing the Men in Blue to suffer middle-order collapses.

Andile Phehlukwayo showcased why his all-round skills are of prime importance to South Africa in ODI’s, finishing the series as the highest wicket-taker with six scalps at an economy of 5.5. Phehlukwayo also bowled a match-winning spell in the third ODI in Cape Town, dismissing Shikhar Dhawan and Rishabh Pant in the same over before conceding just two runs in the all-important 49th over.

The biggest disappointment for India from the three-match ODI series was the performance of Bhuvneshwar Kumar, who failed to pick up a single wicket across 18 overs bowled. The new-ball bowler has now picked up just three wickets in 41 powerplay overs since the 2019 ODI World Cup, and more concerningly, Kumar was also taken apart by Quinton de Kock at the top of the order, conceding 7.2 runs an over in this series.

Rassie van der Dussen continued his excellent form from the Test matches into the white-ball arena as the middle-order batter scored 218 runs in the series at an excellent strike rate of 112. Van der Dussen creamed a scintillating century in challenging conditions in the opening ODI at Paarl, and the South African dominated the spinners throughout the series with his proactive footwork and aggression at the crease.

It was an ODI series to forget for KL Rahul as the opener became the first Indian skipper to lose all three of his first ODI’s as captain, with the tourists suffering a 3-0 whitewash. While Rahul was not solely responsible for the series defeat, the opener also had a tough time with the bat, scoring only 76 runs in three innings at a below-average strike rate of 71.