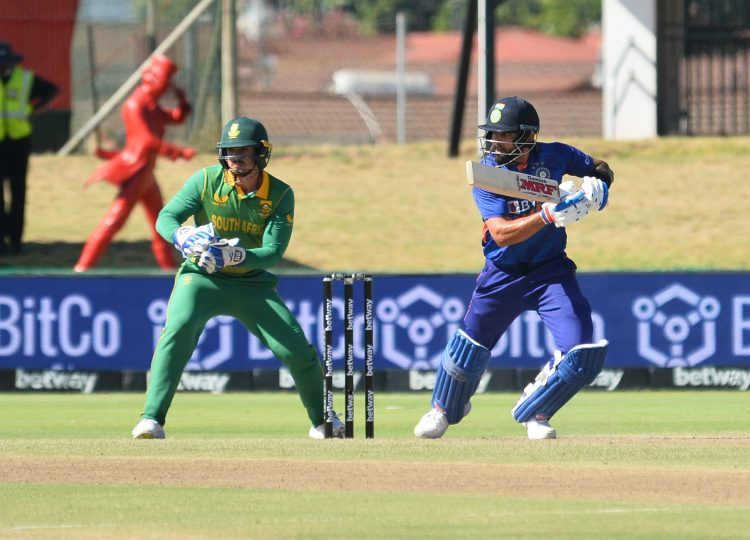 After India suffered a narrow 2-1 defeat in the Test matches, the focus turns to the three-match ODI series, where all eyes will be on the former captain Virat Kohli. Kohli was relieved of his captaincy duties ahead of this tour, and the first ODI between India and South Africa at Boland Park in Paarl on Wednesday will be the first time in seven years in ODI cricket where Kohli will not be part of the leadership group as captain or vice-captain.

With India’s new ODI captain Rohit Sharma ruled out for the series due to injury, his deputy KL Rahul will lead India for the first time in the 50-over format against South Africa with Jasprit Bumrah named as vice-captain.

While this series is not part of the ongoing World Cup Super League, these three matches do allow both sides to try some different combinations ahead of the 2023 ODI World Cup. India’s first-choice XI hasn’t played an ODI since March of 2021, and with a new captain-combination duo at the helm, the Men in Blue will want to start building the core of the side that might feature in the home World Cup next year.

In the previous ODI series played between these sides in South Africa, India ran out 5-1 victors, with Virat Kohli scoring three centuries and a record 558 runs across the six matches. Having now let go of his leadership roles and burden, Kohli will be looking to replicate that form in white-ball cricket and end his two-year drought in international cricket without a three-figure score.

With KL Rahul confirming that he will open the batting alongside Shikhar Dhawan, there are plenty of spots up for grabs in the middle order for India, and Venkatesh Iyer is expected to make his ODI debut as the all-rounder at number six. Ravindra Jadeja’s injury also opens the door for Ravichandran Ashwin to mark his return to the ODI format for the first time since 2017, with skipper KL Rahul hinting that India will field two spinners.

South Africa, on the other hand, will be without Kagiso Rabada for this series after the pacer was rested by CSA ahead of the Proteas’ trip to New Zealand next month. Rabada’s absence allows South Africa to test their bowling bench strength, paving the way for Marco Jansen to make his ODI debut after an incredibly impressive maiden outing in Test match cricket.

The Proteas also welcome the return of Quinton de Kock to the side following his sudden retirement from the longest format, with the wicketkeeper expected to open the innings alongside Janeman Malan, who has averaged 84 in ODI cricket over the past year.