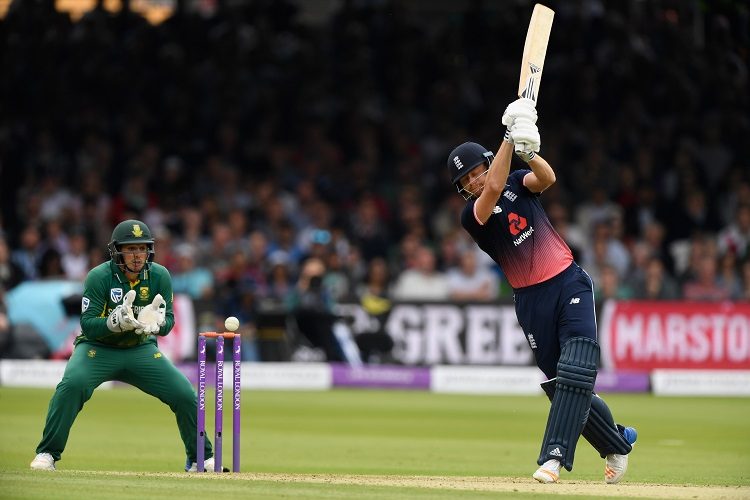 After losing the Test series 1-3, South Africa came back strongly to level the ODI series against England 1-1. The teams will now clash for 3 T20Is, the first of which will be played at Buffalo Park, East London.

England had an excellent 2019 when it came to T20Is, whitewashing West Indies 3-0 at their den, then winning the one-off match against Pakistan and winning the series 3-2 in New Zealand.

England already boast of Jason Roy, Jonny Bairstow, Eoin Morgan, and Dawid Malan. Now, with big guns like Jos Buttler and Ben Stokes back in the side after missing the ODIs, they should be able to post 200 every time.

Over the same time span, South Africa lost 1-2 at home to Pakistan before sweeping the Sri Lanka series 3-0. Then they drew 1-1 in India despite the absence of Faf du Plessis, who is unlikely to feature in limited-overs international cricket anytime soon.

Quinton de Kock – who seem to have taken to captaincy as smoothly as most of his illustrious predecessors – and Dale Steyn are the only senior members in a squad of relatively fresh faces. While it will be a learning curve for the young guns, the two men will have to shoulder additional burden.

It is England's match to lose – but who knows? South Africa started both the Test and ODI series with wins.

Dale Steyn (South Africa): Steyn's return was somewhat expected after his brief stint with Melbourne Stars in the BBL. With Kagiso Rabada and Anrich Nortje both absent, Steyn will be expected to provide early breakthroughs as well as bowl at the death.

Dawid Malan (England): Malan has reached double figures in each of his 9 T20Is. A career haul of 458 runs at 57.25 and a whopping strike rate of 156 reflect the impact he has had on his brief career so far. However, with Roy, Buttler, and Bairstow all around, he may have to concede his favourite No. 3 position.

England to win and go one up.