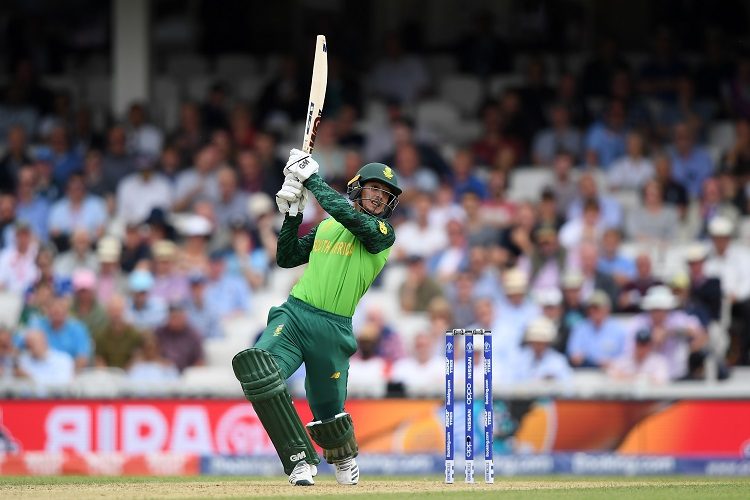 Despite their underwhelming performance in the Tests, South Africa begin the three-match ODI series against England with plenty of hope. They might as well, given they’re in desperate need of it.

Their new structure – with Mark Boucher as head coac, Jacques Kallis involved as mentor and Graeme Smith pulling the strings as acting director of CSA – did perhaps imbibe the team with enough confidence to come through the Tests with at least one victory.

However  they have always maintained that the revival of South African cricket would be a long-term process, and perhaps they can draw a feather from the cap of England, who restructured the way their limited-overs team approached the game in 2015, and went on to win the World Cup in 2019.

South Africa will have something similar in mind. The next World Cup cycle begins with this ODI series, and they have Quinton de Kock in charge of the side, considered the long-term replacement for Faf du Plessis as the team’s captain. David Miller, for one, has spoken of his excitement at the new structure in South African cricket, and has backed de Kock to take the team to newer heights.

Ultimately, however, it all boils down to results. Coming into a series against the world champions on the back of a Test mauling isn’t ideal. However, a shorter format might work in South Africa’s favour. They will back themselves to do better in the three ODIs, especially against an England side in which the big names like Ben Stokes and Jos Buttler are rested.

At least, that’s what South Africa will hope.

In ODIs, there’s a fairly even rivalry between these sides. There have been 60 matches. South Africa have won 29, England have won 27. There’s been one tied encounter in all that time. This should be interesting.

Quinton de Kock (South Africa): He was the best player for South Africa in the Test series, consistently scoring runs, and he will once again be the big hope for the team in the ODIs, especially given he will skipper the side.

Moeen Ali (England): The all-rounder is back in the side after a bit of a break, and all eyes will be on him. His skills, both with bat and ball, had been doubted, and he was dropped from the XI midway through the World Cup. Has he revived himself?