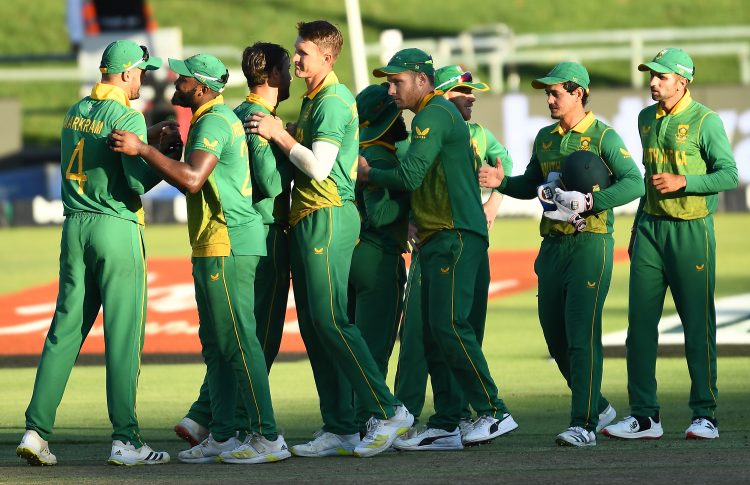 India’s slow start to 2022 continued as the Proteas completed a clean sweep over KL Rahul’s men in the third and final ODI on Sunday by just four runs. Quinton de Kock set up the win for the hosts at Cape Town with his 6th ODI ton against India that propelled South Africa to a score of 287 in the first innings. In response, the Men in Blue were stuttering in their run-chase at 223 for seven, but Deepak Chahar nearly flipped the script for the visitors with a magnificent 54 off 34 balls.

However, unlike his super effort against Sri Lanka last year, the all-rounder couldn’t take India over the finishing line as the tourists fell short by just four runs to lose the series 3-0.

Having made four changes to their XI from the second ODI, India began brightly in the run-chase with Shikhar Dhawan and Virat Kohli scoring half-centuries. Although KL Rahul nicked off to Lungi Ngidi in the fifth over, Dhawan ensured that India received a solid foundation from the start and put on a pivotal 98-run stand alongside his former captain. However, Dhawan’s dismissal on 61 triggered a similar middle-order collapse for the Indians, with Rishabh Pant falling for a golden duck before Keshav Maharaj removed a livid Virat Kohli for the second consecutive match.

Suryakumar Yadav and Shreyas Iyer kept India in the game but were both dismissed after getting starts while Jayant Yadav fell for just two, leaving the tourists on the brink of defeat. However, Deepak Chahar nearly pulled off the unthinkable after walking in with 93 still needed off 77 deliveries, taking apart Dwayne Pretorius and Lungi Ngidi to score his second consecutive half-century in ODI cricket and give India a lifeline. But, with ten needed off 18 deliveries and three wickets in hand, the Men in Blue threw away the victory as Deepak Chahar, Jasprit Bumrah and Yuzvendra Chahal were all caught while trying to find the boundary, giving the Proteas a slender win.

Earlier, Quinton de Kock followed up his sublime 78 in the second ODI with his 17th ODI century as he took apart the inexperienced Indian bowling attack. Although the Men in Blue managed to pick up three wickets inside the first 13 overs, de Kock shared a 144-run stand with Rassie van der Dussen to put South Africa in a commanding position. Following de Kock’s unstoppable onslaught, India pulled things back nicely to pick up three wickets for 14 runs, but David Miller added a quickfire 39 at the death to take South Africa to 287.