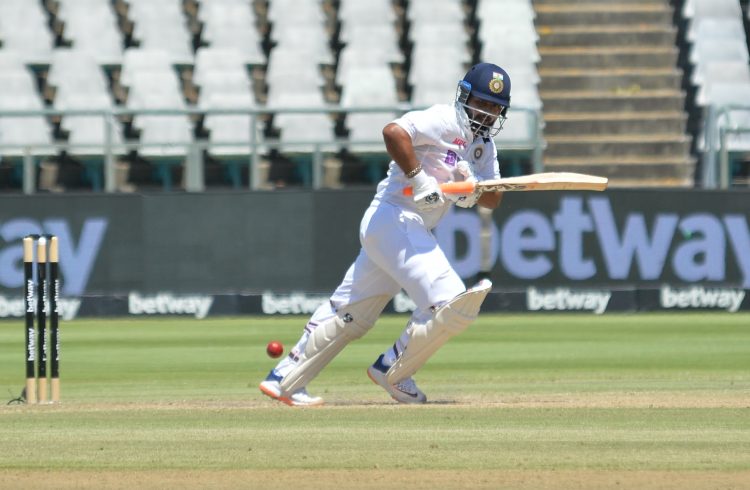 South Africa edged closer to a famous series victory over India in the third Test at Cape Town following another high-class display with bat and ball on day three. After leaking some easy runs on the second evening, South Africa bowled with great control to limit India to just 198 in the third innings despite an extraordinary century from Rishabh Pant. Needing 212 to win the series, Dean Elgar once again proved to be a thorn in the visitors’ backside, stitching a pivotal 78-run stand with Keegan Petersen to leave the hosts just 111 runs away from victory.

The tourists resumed the day with a 70-run lead but were instantly put on the back foot as South Africa picked up two wickets within the first 12 balls of the morning. Keegan Petersen took a flying catch at leg gully to remove Cheteshwar Pujara before Ajinkya Rahane was undone by an unplayable delivery from Kagiso Rabada that rose sharply off a good length and caught the glove.

Virat Kohli and Rishabh Pant steadied the ship after the early setback, putting on a 94-run stand to see India through till Lunch. Kohli continued in a similar fashion to his first-innings vigil, leaving balls outside off stump with immense discipline, while Rishabh Pant launched the counter-attacked. Pant played an assortment of jaw-dropping shots throughout his innings on day three, and the left-hander took a particular liking to Keshav Maharaj, creaming three sixes off the left-arm spinner.

Pant and Kohli seemed to have cracked the blueprint of batting on this bouncy Newlands track, but India lost the plot after the interval, losing their final six wickets for just 46 runs. Kohli succumbed to the shot he was avoiding all game against Lungi Ngidi and was quickly followed by Ashwin and Shardul Thakur, who were both dismissed while driving away from the body.

Pant batted excellently alongside the tail as he reached his fourth Test century, but the maverick wicket-keeper batsman quickly ran out of partners as Marco Jansen cleaned up the tail to give South Africa a fourth-innings target of 212.

The Proteas began brightly with Aiden Markram crunching a couple of picturesque shots to the boundary, but India were able to find the early breakthrough they needed with Shami finding Markram’s outside edge. However, the visitors struggled from that point onwards as Dean Elgar and Keegan Petersen edged South Africa closer to victory with another gutsy partnership.

India thought they had their man when Dean Elgar was trapped in front of the stumps by R Ashwin, only for the DRS to overturn the decision, much to the dismay of Virat Kohli. The Indians lost their composure after that controversial reversal, leaking 35 runs in the next six overs before eventually removing Elgar on the final delivery of the day with the hosts needing 111 more to win.