Ruthless Australia on the verge of sealing series victory

Ruthless Australia on the verge of sealing series victory 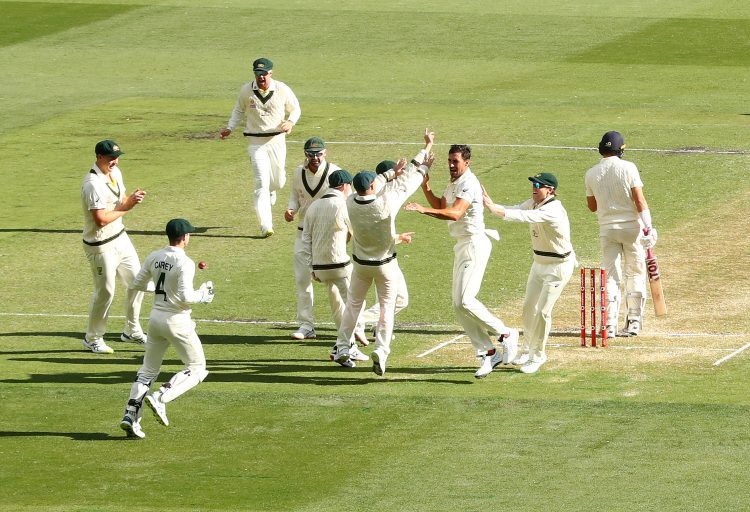 England clawed their way back into the contest on day two at the MCG after an excellent spell from James Anderson, only for all that hope to extinguish in the final 12 overs of the day as the Australian quicks tore through the English top order with an unrelenting opening burst. The tourists restricted Australia to 267 in the first innings thanks to a sublime four-wicket haul from Anderson, but Mitchell Starc and Scott Boland picked up two wickets apiece with the new ball to leave England reeling at 31 for four at the close of play.

The hosts resumed the day in a strong position at 61 for one, but England showed some fight in the delayed morning session. Ollie Robinson removed the nightwatchman, Nathan Lyon, in the fourth over of the day before Marnus Labuschagne edged Mark Wood to first slip for single figures. James Anderson then got the big wicket of Steve Smith during a faultless spell of six overs that saw him concede just one run.

The under-pressure Marcus Harris notched up his first Ashes half-century after the Lunch interval and briefly steadied the ship with a 61-run stand alongside Travis Head that took Australia close to parity. The opener fell just three runs short of his highest score in Test cricket, handing Joe Root another catch at first slip off Jimmy Anderson, while Ollie Robinson got one to shape away from Travis Head and take the edge.

England managed to remove the last two recognised batters– Alex Carey and Cameron Green – before the second new ball, but the visitors were frustrated in the final session as the Australian tail wagged to score some crucial runs. Cummins and Starc shared a 34-run partnership for the ninth wicket before James Anderson and Wood eventually closed out the innings for 267, giving Australia a lead of 82.

Unfortunately for England, all the hard work from the bowlers on day two was undone in the final hour of play as the visitors collapsed with the bat under the pressure of a fiery new-ball spell from the Aussie pacers. Mitchell Starc opened the floodgates with two wickets in two balls in the fifth over, finding Zak Crawley’s outside edge before trapping Dawid Malan on the pads for a golden duck.

Starc’s double strike left England reeling at seven for two and the left-armer was neatly followed up by the hometown hero Scott Boland, who cleaned up Haseeb Hameed and nightwatchman Jack Leach in the space of three deliveries to send the MCG crowd into a frenzy.