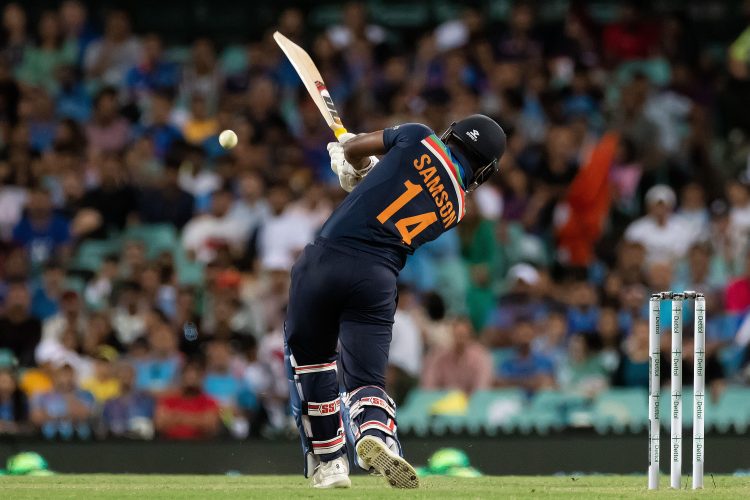 After suffering five losses on the spin, the Kolkata Knight Riders finally got back to winning ways in the IPL with their victory over the Rajasthan Royals on Monday night at the Wankhede Stadium. Following a disciplined performance from the bowlers that saw Rajasthan score just 153, Rinku Singh and Nitish Rana shared a 66-run partnership to take KKR over the line in the final over and keep their playoff hopes alive.

Having lost their ninth toss of the season, Rajasthan got off to another poor start with the bat on a slow surface. Replacing the struggling Venkatesh Iyer, Anukul Roy kept the openers quiet with his left-arm-spin before Umesh Yadav removed Devdutt Padikkal for two in his second over. In contrast to his form throughout the season, Jos Buttler struggled with his timing on a tricky pitch to bat on, and after making just 22 runs in his first 24 deliveries, the Englishman holed out to Shivam Mavi at long-on against Tim Southee.

The Royals were kept afloat at the start thanks to some clean hitting from the bat of Sanju Samson, with the captain striking Umesh Yadav for consecutive boundaries in the powerplay before creaming a couple of elegant fours against Shivam Mavi in the 11th over. With wickets falling around him, Samson assumed the anchor’s role through the middle overs and reached his half-century in 38 deliveries. However, the captain couldn’t find the acceleration needed at the death and was eventually dismissed by Mavi for the fifth time in seven IPL innings after scoring just four runs off his last 11 deliveries.

Riyan Parag struck a couple of sixes to give the Royals a much-needed boost in the slog overs, while Shimron Hetmyer played an invaluable cameo off 27 from 13 deliveries to take Rajasthan to a defendable first innings total of 152.

In reply, Kolkata’s fifth different opening partnership in their last six games suffered the same fate as the previous iterations, with Kuldeep Sen getting Aaron Finch to chop one onto his stumps for four and Baba Indrajith top-edging a Prasidh Krishna bouncer to fine-leg.

Kolkata finished the powerplay at 32 for two, but Shreyas Iyer and Nitish Rana ensured that the Knight Riders didn’t get bogged down in the middle overs as they took on the RR spinners – Chahal and Ashwin. The captain danced down the track to loft Chahal for a six over long-on while Nitish Rana continued his excellent record against Ashwin in the IPL, creaming the off-spinner for 15 runs in the 11th over.

Trent Boult had Iyer caught down the leg-side in the 13th to give RR a lifeline, but Rinku Singh and Nitish Rana saw KKR home with minimal trouble to take them to their fourth win of the season. Rinku played an incredible hand of 42* from just 23 while Rana finished on 48* from 37 as the pair shared an unbroken 66-run stand to finish off the run chase with five balls to spare.