Rajasthan steal victory against Punjab after excellent Tyagi final over

Rajasthan steal victory against Punjab after excellent Tyagi final over 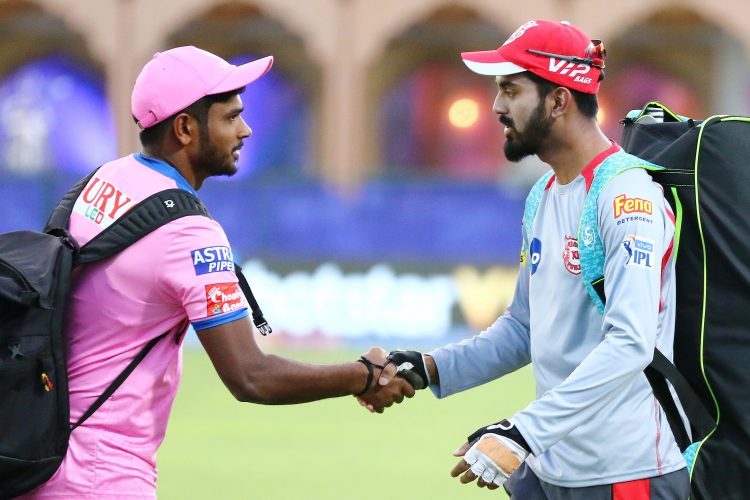 Snatching defeat from the jaws of victory is the appropriate cliché that can be used to describe the Punjab Kings’ performance against the Rajasthan Royals as KL Rahul’s side were unable to score the four runs needed in the final over to register their fourth victory of the season. Following Mayank Agarwal and KL Rahul’s 5th IPL century stand, Punjab were cruising on their way to victory in Dubai, but despite needing only 10 runs off the final 15 balls and four runs off the final over, the Kings ended up losing the game by two runs.

Rajasthan were down and out for the majority of that run chase, but an excellent final over from Kartik Tyagi, who nailed his yorkers’ to concede only one run and pick up two wickets as Punjab continued their habit of letting victories slip through their grasp.

Rajasthan started the game brightly with their new opener Evin Lewis (36 off 21) blazing 54 runs in the powerplay along with Yashasvi Jaiswal to give Rajasthan the perfect start against Punjab’s new-ball attack.

The spinners also got a similar treatment from the RR top order as Yashasvi Jaiswal went after the 4th ranked T20I bowler Adil Rashid before eventually falling one run short of his half-century. Liam Livingstone also scored a brisk 25 off 17, but it was Mahipal Lomror who added the extra firepower as he hit consecutive sixes off Adil Rashid before smashing 24 runs off Deepak Hooda.

At 164/4 in 16 overs, RR were on course for a substantial first-innings total, but Punjab clawed things back at the death thanks to excellent bowling from Arshdeep Singh and Mohammad Shami. The pair conceded only 21 runs in the final four overs and managed to dismiss RR for 185, with Arshdeep Singh becoming the second youngest Indian to take a five-wicket haul in the IPL.

Punjab continued this momentum from the back end of their bowling innings into the run chase as they scored 49 runs in the powerplay. The Royals were incredibly sloppy with the ball and in the field for the majority of the run chase as Rahul was dropped thrice inside the first six overs while Chris Morris struggled to find the right lines and conceded 25 runs off the 10th over.

Rahul and Agarwal put on 120 runs in 12 overs before falling within seven balls of each other, but debutant Aiden Markram and Nicholas Pooran put on a 50-run partnership between themselves as Punjab were cruising home.

Markram launched a massive six against fellow countryman Morris to take the equation to 12 of 17, but Punjab failed to find the boundary from that point onwards as they stumbled to another soul-crushing defeat. Mustafizur conceded only four runs from the penultimate over, and the smiles in the Punjab dugout slowly dissipated as Kartik Tyagi nailed yorker after yorker and defended four of the last six balls for only the second time in IPL history.