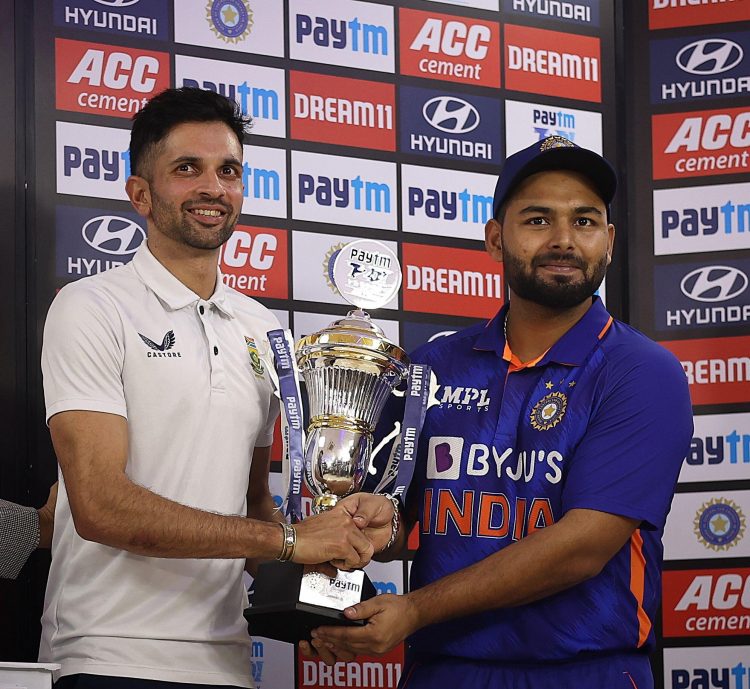 The five-match T20I series between India and South Africa suffered a disappointing conclusion as the deciding 5th T20I at the Chinnaswamy stadium in Bangalore was washed out due to rain, leaving both sides tied at 2-2. Only 3.3 overs were bowled before the heavens opened and the downpour started, forcing the game to be called off early and the spoils to be shared between India and South Africa in a drawn series.

After an initial 47-minute delay caused by persistent showers, South Africa won the toss for the fifth time in a row and put the Men in Blue into bat once again. India played the same XI for the fifth game in succession and got off to a promising start to their innings as Keshav Maharaj conceded 16 runs in the opening over. The left-arm spinner – who was standing in as captain for the Proteas in place of the injured Temba Bavuma – was carted for two consecutive sixes over mid-wicket by Ishan Kishan. The left-hander, however, was dismissed inside the powerplay for the first time in the series in the next over as Lungi Ngidi removed the opener with a well-disguised slower ball that dipped sharply and crashed into the stumps.

In his next over, Ngidi’s slower off-cutter did the trick once again, with Ruturaj Gaikwad mistiming his shot and toe-ending it to Dwaine Pretorius at mid-on to depart for ten. Only one more delivery was bowled after Gaikwad’s dismissal as the rain returned to force the players off the field.

The drizzle persisted for the rest of the night, forcing the decider to be abandoned and preventing a fitting end to a well-fought series between the two teams. The visiting side won the first two games in thrilling fashion thanks to exceptional batting performances from David Miller, Rassie van der Dussen and Heinrich Klaasen, but the Men in Blue bounced back to level the series at 2-2 after bowling South Africa out for 131 and 87 in the 3rd and 4th T20I.

India could have become the first team in T20I history to come back from 2-0 down and win a five-match T20I series with a victory in Bangalore, but the rain played spoilsport, allowing South Africa to maintain their impressive record of not losing a white-ball series in India since 2010.

Following the conclusion of this series, both sides head to the UK to take part in the English summer. India first take on Ireland in 2 T20Is before facing England in one Test and six white-ball games, while South Africa will play England in three Test matches, three T20Is and three ODIs starting from July. 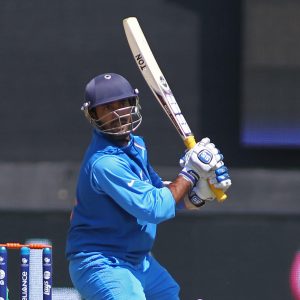