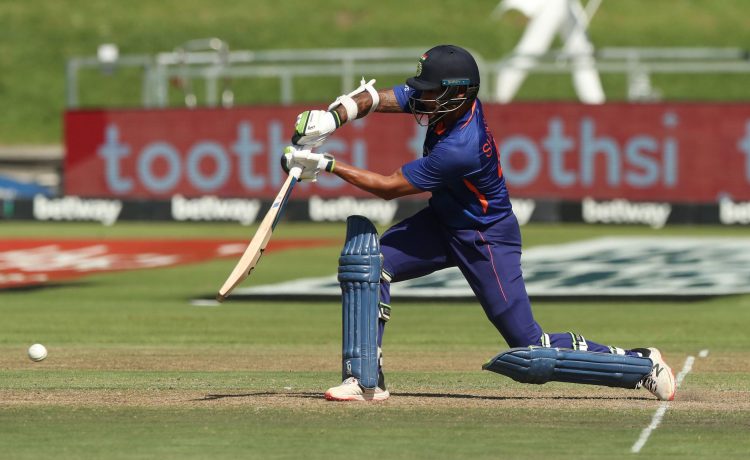 The Punjab Kings registered a morale-boosting victory over the Gujarat Titans at the DY Patil Stadium on Tuesday as Mayank Agarwal’s side comfortably beat the table-toppers with eight wickets and 24 balls to spare. After Kagiso Rabada’s excellent spell of four for 33 restricted the Titans to only 143, Shikhar Dhawan (62 off 53) and Liam Livingstone (30 off 10) aced the run-chase to give the Kings their fifth win of the season.

Having won the toss and surprisingly chosen to bat, nothing went right for the Gujarat Titans on the night, with both openers departing in consecutive overs inside the powerplay. Shubman Gill’s poor run of form continued as the former KKR opener was run-out while looking to sneak a quick single. Wriddhiman Saha struck a few boundaries early on to signal his intent, but after hitting Kagiso Rabada for a 4 and a 6, the keeper miscued one to mid-off for 21.

The Titans’ troubles compounded through the middle overs when two of their most reliable batters this season – Hardik Pandya and David Miller – departed without hitting a single boundary. The captain nicked off to Rishi Dhawan in the seventh over, whereas Miller fell while looking to take on part-timer Liam Livingstone, holing out to his countryman Kagiso Rabada at long-off to leave Gujarat reeling at 67 for four.

The only Gujarat batter who managed to find some runs against Punjab was Sai Sudarshan, who managed just 17 runs off his first 23 deliveries but switched gears instantly after Miller’s dismissal. Sudarshan went after part-timers Livingstone and Rishi Dhawan to reach his maiden IPL fifty, but Kagiso Rabada picked up three wickets and conceded just 13 runs in his two overs at the death to limit Gujarat to a below-par score of 143.

With the ball, Gujarat started strongly as the newly-promoted opener Jonny Bairstow was dismissed in the third over, top-edging Mohammed Shami to fine leg for one. However, Shikhar Dhawan and Bhanuka Rajapaksa combined to squash any hopes of a Titans comeback, with the two left-handers sharing a brisk partnership of 87 from 58 deliveries.

Rajapaksa started his innings with two boundaries against Mohammad Shami, while Dhawan got in on the action with a four and six off Alzarri Joseph. The duo took Punjab to 43 for one after the powerplay and continued to attack through the middle period, with Pradeep Sangwan conceding 15 runs in the seventh over.

Rajapaksa was trapped on his pads on Lockie Ferguson for 40, and in order to end the game in a hurry and boost their net run rate, Punjab sent Liam Livingstone ahead of Mayank Agarwal at number four. The Englishman needed just ten deliveries to finish the job for the Kings as he single-handedly smashed 28 runs off Mohammed Shami’s 16th over to take Punjab over the line with 24 balls to spare.