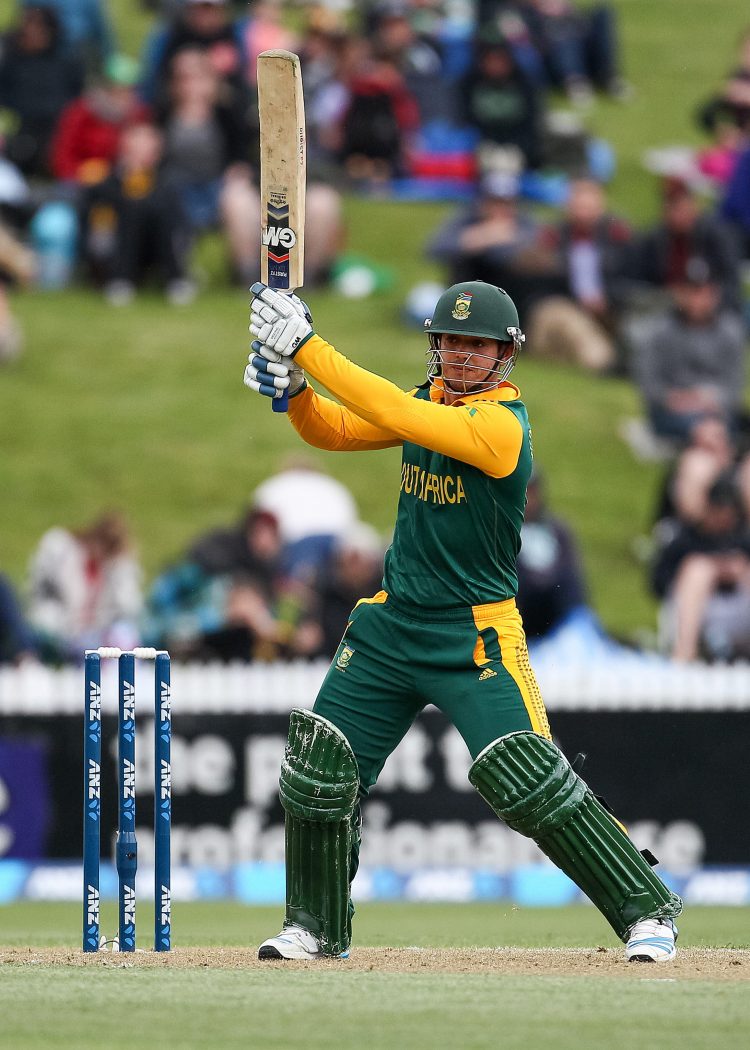 Quinton de Kock smashed the third-highest individual score in IPL history as the Lucknow Super Giants edged out the Kolkata Knight Riders in an IPL classic at the DY Patil Stadium in Mumbai. De Kock scored an incredible 140* from 70 deliveries to take Lucknow to 210, a total they barely defended by the skin of their teeth as Kolkata fell just two runs short of the target after some phenomenal contributions from Nitish Rana, Shreyas Iyer and Rinku Singh.

With this victory, the Super Giants secured their passage to the final four and kept their hopes of a top-two finish alive while also knockout out the Kolkata Knight Riders, who remain stuck in sixth place with 12 points.

Plenty of records tumbled in the first innings after the Lucknow Super Giants won the toss and chose to bat. KL Rahul and Quinton de Kock shared the highest opening partnership in IPL history and also became the first pair in the IPL to bat through the entire 20 overs in an innings.

Rahul and de Kock got off to a steady start in the powerplay, adding 44 runs in the first six overs, and the runs continued to flow once the field spread out. After being dropped early on by the debutant Abhijeet Tomar, de Kock effortlessly switched through the gears while KL Rahul got started with consecutive sixes against Tim Southee.

After scoring 122 runs in the first 15, the real acceleration came in the final five overs that saw Lucknow clobber an incredible 88 runs. 71 of those runs came from the bat of Quinton de Kock, who started his assault with two sixes and a four against Varun Chakravarthy before creaming three consecutive sixes against Tim Southee. De Kock also hit six boundaries in Andre Russell’s two overs at the death, notching his second IPL century and taking Lucknow to a formidable target of 210

In reply, the Kolkata Knight Riders got off to the worst start imaginable, with Mohsin Khan removing both openers in his first two overs. Quinton de Kock took a flying one-hander to dismiss Venkatesh Iyer for a four-ball duck, while Abhijeet Tomas miscued a wild slog to mid-on. However, Nitish Rana and Shreyas Iyer launched a swift counter-attack after the early setback, scoring 50 runs in the final three overs of the powerplay.

Rana fell to Gowtham in the 8th over, but Shreyas Iyer and Sam Billings continued the charge, taking KKR to 125 for three after 12 overs. Mohsin Khan bowled an excellent 13th over that went for just two runs, and with the run-rate climbing, KKR lost a flurry of wickets as Iyer, Billings, and Andre Russell departed in quick succession.

KKR’s chances of victory were nearly diminished with 61 needed off 20 deliveries, but Rinku Singh and Sunil Narine kept them in the contest, smashing a pair of sixes each to leave them needing 21 off the final over. Rinku Singh then hit two sixes and a four off the first three deliveries to take the equation down to five of three, but Evin Lewis took a stunning catch to remove Rinku on 40 before Stoinis uprooted Umesh Yadav’s off-stump with a yorker to give Lucknow a narrow two-run victory.