Punjab flex batting muscle to down RCB in high-scoring thriller

Punjab flex batting muscle to down RCB in high-scoring thriller 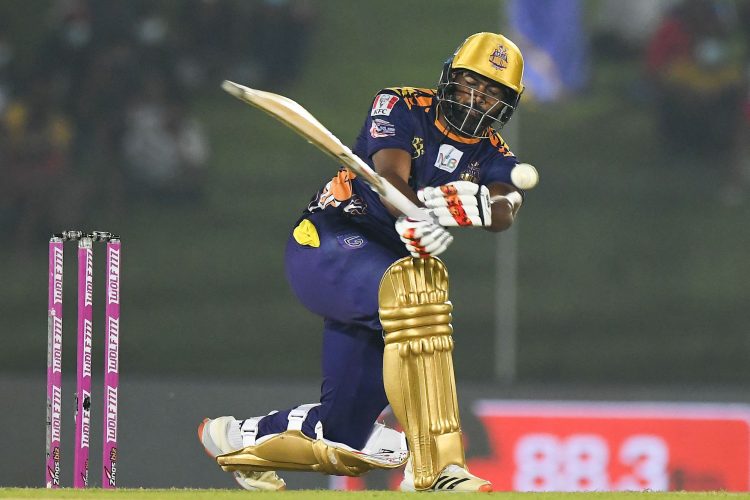 The Punjab Kings began their IPL 2022 journey in stunning fashion as Mayank Agarwal’s side chased down RCB’s total of 205 with an over to spare in their season opener at the DY Patil Stadium. Led by some explosive batting from Shikhar Dhawan, Bhanuka Rajapaksa and Odean Smith, the Kings outgunned the Royal Challengers Bangalore in a six-hitting frenzy in Mumbai to kickstart their IPL season on a winning note.

In a game that included 27 sixes, it was RCB’s slow start in the powerplay that eventually proved to be the difference, as openers Faf du Plessis and Anuj Rawat struggled with their timing against the swinging new ball after being put in to bat. Anuj Rawat was cleaned up by Rahul Chahar after a circumspect knock of 21 from 20 balls, while Faf du Plessis failed to get out of first gear early on, managing just 17 runs in his first 30 deliveries.

However, after scoring 57 in the first nine overs, RCB overcame their slow start and upped their intent with Kohli lofting Harpreet Brar into the stands before the newly-crowned captain dispatched Odean Smith for three boundaries in a 23-run 13th over. The South African continued his assault against Harpreet Brar and Arshdeep Singh but eventually perished in the 18th over to a terrific catch in the deep from Shahrukh Khan, finishing with an excellent knock of 88 from 57 deliveries.

Du Plessis’ dismissal brought Dinesh Karthik to the crease, and the veteran wicket-keeper batter applied the perfect finishing touch to RCB’s innings, creaming 32 off 14 deliveries to take the team to a formidable first-innings total of 205.

Compared to RCB’s sedate start, Punjab came out of the blocks firing in their run-chase, with both Mayank Agarwal and Shikhar Dhawan taking the attack to the bowlers. The pair benefitted from some wayward bowling from the RCB pacers and added 71 runs in the first seven overs. Although Agarwal fell to the first delivery of Wanindu Hasaranga’s spell, the Kings continued to go on the offensive with Bhanuka Rajapaksa taking on his Sri Lankan team-mate. Rajapaksa creamed the leg-spinner for one four and two sixes and added 47 crucial runs for the second wicket alongside Shikhar Dhawan – who scored a quickfire 43 off 29 – to put the pressure back on RCB.

However, after conceding 55 runs between overs 10 to 13, Bangalore pulled their way back into the contest with Siraj dismissing Rajapaksa and Raj Bawa off consecutive deliveries before Liam Livingstone holed out in the deep for 19. The hopes of an RCB victory, though, were quickly dashed by the brute force of Odean Smith, who plundered four boundaries in Mohammed Siraj’s 18th over and scored 25 runs from just eight deliveries to help the Kings chase down the 200-plus target with an over to spare.