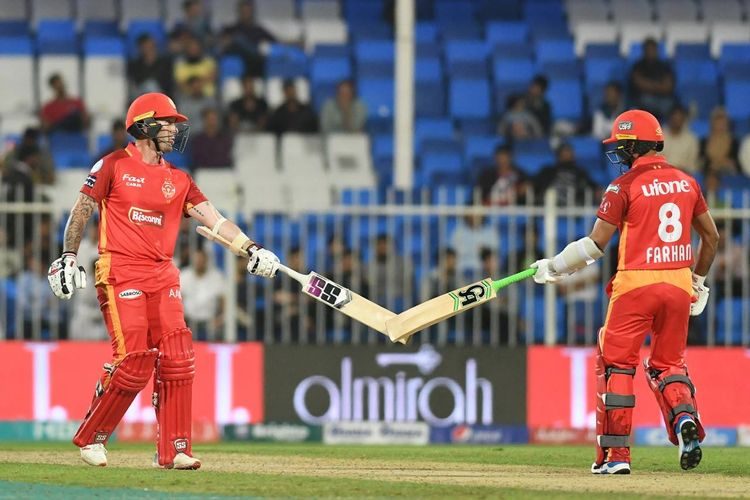 There is very little to separate Islamabad United and Karachi Kings. They finished third and fourth respectively after the league stages, but it came down to net run-rate. Their league spots could easily have been reversed had either side won or lost by other margins.

Each side finished with ten points from as many matches, winning five and losing five. But Islamabad’s run-rate of 0.127 was enough to push them above Karachi, who had a poor run-rate of -0.673.

Perhaps that is only correct, given how Islamabad have reigned supreme after their league clashes – two matches within four days, both won by Islamabad, fairly comfortably by seven and five wickets.

In their first dig, in Sharjah on February 23, Faheem Ashraf’s 3/26 restricted Karachi to just 143/6 – a total their bowlers had no chance of defending given how Luke Ronchi powered the chase, with his 35-ball 67. It won him the Player of the Match award, with Islamabad finishing the chase with as many as 23 balls to spare.

Four days later, in Dubai, they met again. Once again, Karachi batted first, but this time, they put up a lot more threatening 168/8, with Babar Azam scoring a 50-ball 68 and Liam Livingstone powering a 31-ball 56. None of their other batsmen managed more than single digits though, and that eventually cost them the match as the Islamabad batsmen put on partnerships.

Ronchi was kept to a 21-ball 26 this time, but he put on 43 with Cameron Delport before being dismissed. Then, Delport and Hussain Talat added 93 for the fourth wicket, and that made all the difference, as Islamabad sealed victory with four balls remaining.

Can Karachi be third time lucky? It seems a struggle, given the excellent form Islamabad have displayed recently. Delport, in fact, slapped all manner of records during his 60-ball 117 in Karachi on Saturday, 9 March, and with Faheem Ashraf bowling as well as he has for a while, there only seems to be one winner in this.

That said, the advantage Karachi have is that this crucial clash is being played at home. The stakes are higher now, and with the crowd behind them, they might just be able to hex Islamabad. One way or the other, this should be a thriller.

The sides have clashed 11 times so far in the short history of the PSL. Islamabad swept them 3-0 in the first edition in 2016, and Karachi returned the favour in the next edition. Last year, however, Islamabad edged them 2-1, and given their two victories earlier in the ongoing tournament, Islamabad leads their head-to-head record 7-4.

Usman Shinwari (Karachi Kings): Shinwari pulled off one of Karachi’s all-time great escapes, and his personal best-ever comeback, against Quetta Gladiators last week. Having conceded 22 in his third over alone, Shinwari defended five runs, claiming three wickets for three runs. However, he struggled once again in the final league match against Peshawar Zalmi, meaning another comeback is on the cards.

Faheem Ashraf (Islamabad United): Ashraf has been economical for the most part, but over the last week, he has added wickets to his tally. He returned 4/18 against Quetta Gladiators, and followed that up with a brilliant 6/19 against Lahore Qalandars soon after. Karachi will be wary.

Islamabad to come out on top, despite being pushed hard.