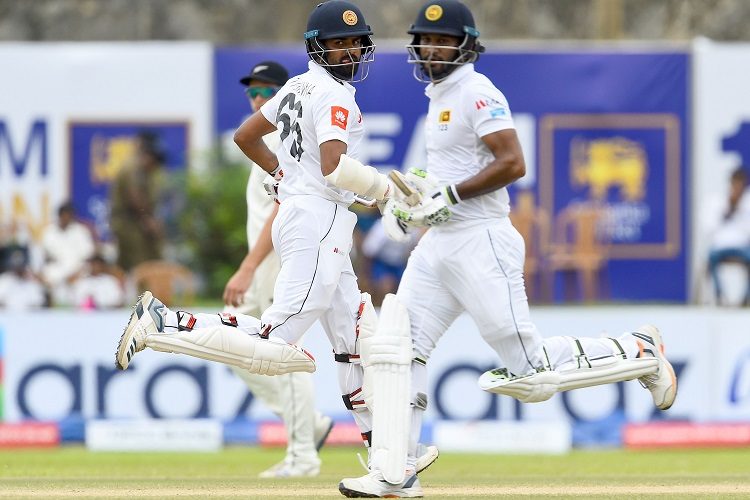 Rain allowed only 167 overs of cricket in the first Test of the series, at Rawalpindi, during the course of which 560 runs were scored for the loss of 8 wickets. Dhananjaya de Silva, Abid Ali, and Babar Azam all notched up hundreds in the first Test on Pakistan soil in over a decade as the Test meandered to a draw.

Pakistan had gone into the first Test with four fast bowlers – Mohammad Abbas, Shaheen Shah Afridi, Usman Shinwari, and Naseem Shah. The attack was blunted by the Sri Lankan openers, Dimuth Karunaratne and Oshada Fernando before they lost 4 for 31 in a short burst.

Unfortunately for Pakistan, the magic did not last, as Sri Lanka eventually finished on 308/6. Pakistan may consider replacing one of them, probably Shinwari, with Yasir Shah.

The collapse should not worry Sri Lanka too much (basically only Kusal Mendis and Dinesh Chandimal failed). The batsmen generally looked comfortable, and got off to starts before getting out, mostly to false strokes.

To be fair, however, the Pakistanis had a tough ordeal for four days, getting a chance to bat only on Day 5. When they did, both Abid and Babar got hundreds, while Azhar Ali played a neat cameo. The likes of Asad Shafiq and Haris Sohail did not even get to bat.

The second Test should be a tight contest, but the weather does not look too encouraging. However, there are points to be taken even in case of a draw, so all eyes will be on Karachi.

Abid Ali (Pakistan): Hundred on ODI debut. Check. Hundred on Test debut. Check. Where does Abid go from here? The onus will be on him to provide Pakistan a solid start, following which the pacers and Yasir may try to force a win.

Dhananjaya de Silva (Sri Lanka): Dhananjaya averages only 35, but his 6 hundreds in 28 Tests indicate that he usually makes it big once he gets off to a start. With scores of 109 and 102* in his last 2 Tests, he is likely to be the biggest thorn in Pakistan's flesh.