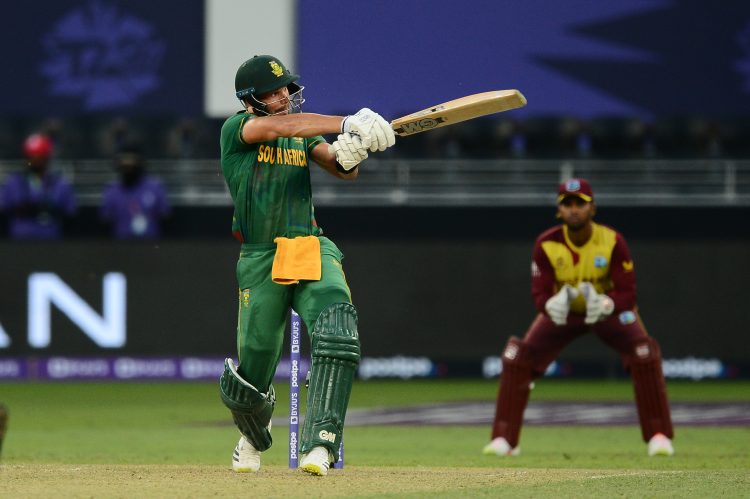 South Africa registered their first win of the T20 World Cup with a dominant performance against the West Indies despite the absence of their star batter Quinton de Kock. The left-hander pulled out of the match due to personal reasons following a directive from CSA that required the team to collectively take a knee before the match. However, despite the turmoil, the Proteas bowlers did an excellent job in restricting the West Indies to 143 in the first innings before a stunning half-century from Aiden Markram comfortably took them over the line with 10 balls to spare.

This defeat leaves the defending champions West Indies on the verge of elimination from the Super 12 stage after only two matches, with Kieron Pollard’s side hoping for a miracle to finish in the top two in Group A.

After being put in to bat, the Men in Maroon started the innings cautiously. Lewis and Simmons scored only six runs off the first three overs of the powerplay, but the left-hander cut loose after a slow start, smashing two fours and three sixes in the next two overs. Lewis raced to a 32-ball half-century before falling for 56, but Simmons’ struggles at the other end continued. The right-hander couldn’t find any timing and was eventually dismissed for what turned out to be a match-losing innings of 16 from 35 balls.

After a solid 73-run opening partnership, the West Indies threatened to take the game away from South Africa with their deep batting line-up, but were restricted by a commendable death bowling performance from the Proteas. Dwayne Pretorius picked up three wickets in his final two overs, while Anrich Nortje uprooted Andre Russell with a searing yorker as West Indies only managed 22 runs off the last 19 deliveries to finish with 143.

In the run-chase, Reeza Hendricks shone as Quinton de Kock’s understudy, helping South Africa put on 42 in the powerplay and sharing a brisk half-century partnership with Rassie van der Dussen. Hendrick’s charge was stopped by a superb low diving catch by Shimron Hetmyer, but his replacement – Aiden Markram – played a blinding knock that sealed South Africa’s victory. Markram was proactive at the crease and ran excellently between the wickets while also showing great intent in his new middle-order position, smashing Hayden Walsh, Kieron Pollard and Ravi Rampaul for towering sixes.