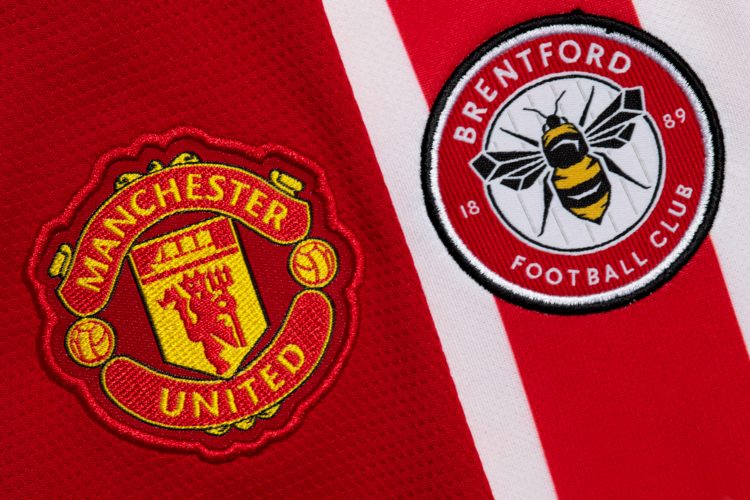 Cracks have already begun to appear in the Erik Ten Hag era at Manchester United as the Red Devils capitulated against Brentford in West London to suffer their second consecutive defeat to start the season. The Bees ran riot at home, thumping Manchester United 4-0 with first-half goals from Josh Dasilva, Mathias Jensen, Ben Mee, and Bryan Mbeumo giving the visitors their worst start to a Premier League season in 30 years.

Following their defeat to Brighton last weekend, Erik Ten Hag restored Cristiano Ronaldo to the starting XI for the first time this season on Saturday in place of midfielder Scott McTominay. However, the Portuguese was powerless in preventing the calamity at the back as United conceded four goals inside the opening 35 minutes of the game.

Brentford opened the scoring through Josh Dasilva in the 10th minute, with the youngster adding to his equaliser against Leicester City last week with another long-range strike that squirmed through the palms of David de Gea and into the net. The Spaniard was equally culpable for Brentford’s second goal. Christian Eriksen was immediately dispossessed at the edge of the area by Mathias Jensen after a poor pass from de Gea, and the Danish midfielder sent his former teammate the wrong way before slotting the ball into the bottom corner to double Brentford’s advantage.

The Bees’ third goal came from a corner, with Ben Mee outmuscling Lisandro Martinez at the back post to bundle in his maiden goal for the club on debut. Things went from bad to worse five minutes later as Thomas Frank’s side launched a devastating counter-attack to make it 4-0. After dispossessing Jadon Sancho in the box, Mathias Jensen launched the ball up-field to Ivan Toney, who rolled in his strike partner Bryan Mbeumo to finish the move in devastating fashion.

Ten Hag made three substitutions at half-time, taking off Fred, Luke Shaw, and new-signing Lisandro Martinez in favour of Scott McTominay, Tyrell Malacia, and Raphael Varane. However, barring a couple of speculative efforts from Cristiano Ronaldo, United couldn’t create anything of substance in attack and succumbed to the 4-0 defeat as Brentford took their foot off the pedal and closed out the game.

With this defeat, Manchester United have now lost seven away games in a row in the Premier League, stretching back to last season, and are left lingering at the bottom of the Premier League table with zero points on the board. To make matters worse, the schedule doesn’t get any easier for Manchester United and Erik Ten Hag as the Red Devils welcome a visit from Liverpool at Old Trafford next week.