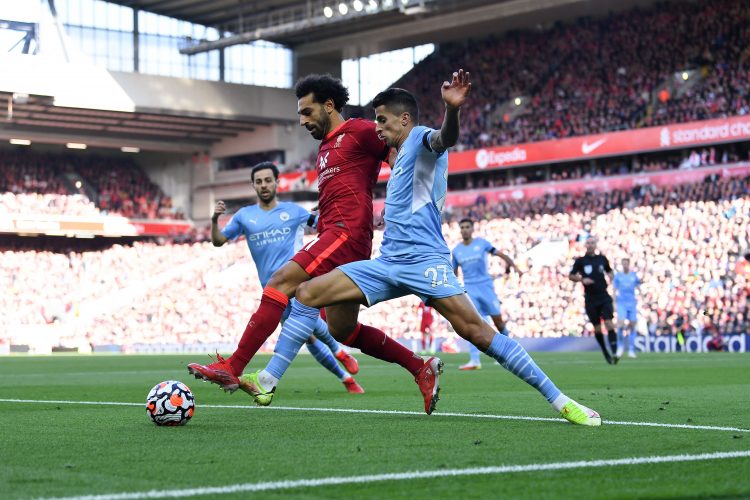 Liverpool versus Manchester City has been the red-letter fixture in the Premier League over the past four seasons, and the two teams delivered once again on Sunday, putting on another instant classic in the championship bout at Anfield. The quality on show – in the second half especially – was breath-taking at times, and in the end, nothing could separate the two rivals and the shares were spoiled with two goals apiece.

Sadio Mane opened the scoring for Liverpool at the hour mark before Mohamed Salah cut through the City defence to score one of the goals of the season, but City struck back twice in the second half through Phil Foden and Kevin de Bruyne to make it honours even.

Both teams will consider themselves unlucky not to walk away with all three points, but it was Manchester City who completely dominated the proceedings throughout the first 45 minutes. Liverpool lacked the desired intensity and composure on the ball in the first half, and City continued to target 35-year-old James Milner – who was deputising for the injured Trent Alexander-Arnold – at right-back. Phil Foden and Kevin de Bruyne could have put the visitors in front in the first period, and City would later go on to rue these missed chances as Liverpool opened the scoring on 60 minutes.

The Reds were much-improved post their half-time pep talk from Klopp and Sadio Mane broke the deadlock after a dizzying run and through ball from Mohamed Salah. Anfield roared into action following the opener, but City deservedly found the equaliser when Gabriel Jesus cut inside off the right-wing before slipping in Phil Foden, who laced his shot past Alisson into the side-netting.

The best, however, was yet to come, with Mohamed Salah scoring a Lionel Messi-Esque goal to retake the lead. Time seemed to stand still as the Egyptian shrugged of three City players before dummying past Aymeric Laporte and then smashing the ball into the net with his weaker foot off a near-impossible angle.

It was a goal that will be replayed for generations to come, but unfortunately for Liverpool, it didn’t turn out to be the winner as Kevin de Bruyne had the last laugh in the game with his strike that deflected off Joel Matip and flew into the net at the Kop End. There was still time for a winner, though, and Fabinho should have made it 3-2 for Liverpool in the dying moments if not for an excellent block from Rodri in front of an empty net.

A draw is probably a fair result on the balance of play, but while Liverpool remain the only unbeaten side left in the competition, it is Manchester City who have elevated their status this week as title favourites – having travelled to Stamford Bridge and Anfield over the last seven days and largely dominated both teams to take four points from a possible six.