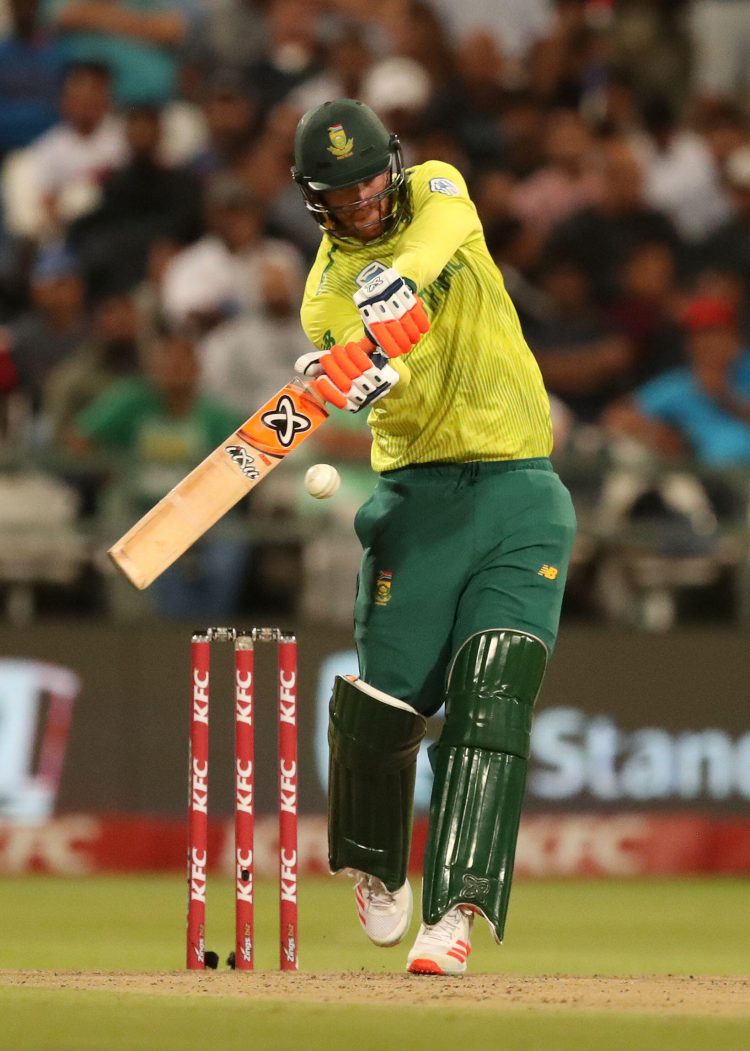 Powered by Heinrich Klaasen’s incredible 81 off 46 deliveries, South Africa produced another clinical performance in the 2nd T20I in Cuttack to take a 2-0 lead in the series over India. Coming in as a last-minute replacement for Quinton de Kock, Klaasen hit seven fours and five sixes to help the Proteas overcome a rocky start in the powerplay and cruise home in their run chase of 149 with ten balls to spare.

After India limped to 148 for six in the first innings, Bhuvneshwar Kumar blew the game open with his masterful spell of new-ball bowling. The seamer began the proceedings with a brilliant inswinger to remove Reeza Hendricks before expertly out-foxing Dwaine Pretorius with a knuckle ball. Pant persisted with his lead bowler for a third over inside the powerplay, and Bhuvneshwar responded, producing another nip-backer to dismiss Rassie van der Dussen and reduce the Proteas to 29 for three in six overs.

However, apart from Bhuvneshwar Kumar, none of the other Indian bowlers enjoyed the same success on a two-paced Cuttack wicket and were all taken to the cleaners by some majestic stroke-play from Heinrich Klaasen. The wicketkeeper began his counterattack with an inside-out shot over extra cover for four against Yuzvendra Chahal before smashing Hardik Pandya for two boundaries.

Klaasen took 19 runs in the 12th over bowled by Axar Patel and continued to torch the Indian spinners throughout the night, scoring an incredible 48 runs in the 18 balls he faced from Axar and Chahal in the innings. Klaasen finished with a T20 career-high score of 81 from 46 and was well supported by Temba Bavuma (35 off 30) and David Miller (20* off 15) as South Africa waltzed home to win by four wickets.

Earlier, India suffered a similarly poor start to the powerplay as Ruturaj Gaikwad gently chipped Kagiso Rabada to point in the first over of the innings. Ishan Kishan hits two sixes in an over against Anrich Nortje and continued to pepper the leg-side boundary throughout the powerplay but was undone by a sharp bouncer from the DC speedster in the seventh over on 34. The South African seamers used the two-pace nature of the track to their advantage, bowling plenty of cutters and slower balls to restrict the Indian middle-order.

After Rishabh Pant holed out in the deep against Keshav Maharaj, India managed just three boundaries between overs 10-17 and were left reeling at 112 for six. It was only until Dinesh Karthik got going in the final two overs of the innings did the Indian fans have something to cheer. The veteran wicketkeeper scored only nine runs off his first 16 balls but struck four boundaries in the final eight balls of the innings to take the Men in Blue to a more respectable score of 148. However, following Klaasen’s heroics, it didn’t prove to be enough.