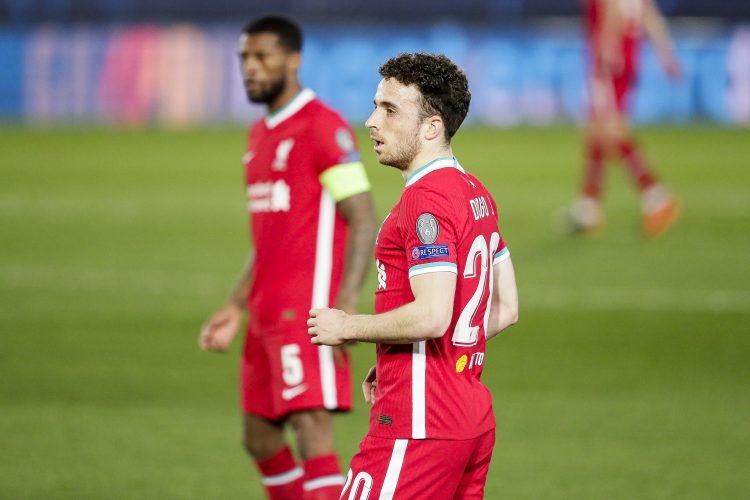 Despite all the trials and tribulations of this Premier League season, Liverpool kept their top-four hopes alive with a statement victory over Manchester United at Old Trafford. In what was a must-win game for Liverpool, the Reds rallied from behind to win the game 4-2 and take their first away victory against Manchester United since 2014. Goals from Diogo Jota, Roberto Firmino and Mohammed Salah took Liverpool to fifth in the table and ensured that they can cut the gap down to Chelsea to only one point if they beat West Brom on Sunday.

After making a habit of coming from behind in recent weeks, it was United who opened the scoring inside 10 minutes through Bruno Fernandes. The Portuguese drifted into the penalty area and his shot was deflected into the goal by Nat Phillips.

Liverpool were far from their fluent best in the opening half an hour with the forwards, in particular, struggling to complete that killer pass in front of goal. Eventually, it took a set-piece and a moment of magic to get Liverpool back in the game as United switched off from a corner to allow Diogo Jota to redirect Nat Phillips’ wayward shot into the net.

Jota’s goal opened the floodgates for Liverpool and they didn’t have to wait long to go ahead. Trent Alexander Arnold – who was the best player on the pitch – delivered another teasing cross in first-half stoppage time for Roberto Firmino to head home.

The Brazilian then made it 3-1 for Liverpool shortly after the break after a catalogue of errors from the United defence.

The game became increasingly end to end in the second half with Liverpool striking the post through Diogo Jota before Marcus Rashford brought United back into the game with a lovely run and timed finish. Solskjaer’s side should have made it 3-3 through Mason Greenwood but Nat Phillips once again proved to be the hero and made a crucial intervention on the goal-line.

Liverpool eventually killed the game in injury time as Mohammed Salah put the icing on the cake to make it 4-2 and take his Premier League tally to 21 goals, on par with Harry Kane in the race for the Golden Boot.

For Manchester United, this game felt like a reminder of what life was like before Harry Maguire, and maybe how important he has been to the club. They conceded four goals in the 90 minutes but in reality, it could have been six or seven. Bailly and Lindelof struggled as a pair and United missed the authoritative presence of Maguire who brings calmness to the backline.

Jota, Firmino and Salah were afforded the space of Manchester to operate in and this victory gave Liverpool a fighting chance to qualify for the top four. The Reds are still reliant on other results to go their way but with Chelsea and Leicester set to face off next week, wins in their remaining three league games could see the Reds salvage their season at the death.