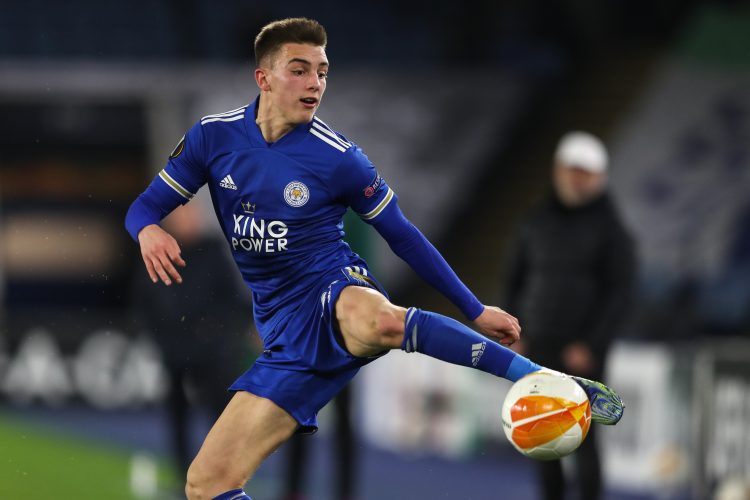 Manchester City have been crowned the Champions of England after Leicester City’s 2-1 victory over Manchester United at Old Trafford. The Red Devils needed at least a draw to prolong the inevitable and prevent City from winning the title but United’s heavily rotated XI succumbed to the Foxes to hand City and Pep Guardiola their 3rd Premier League trophy in 4 seasons.

This victory is also significant for Leicester, who have now made a big step towards securing Champions League football for next season as they move above Chelsea into 3rd in the table and 8 points clear off West Ham in 5th place.

With United playing 4 games in 8 days, Ole Gunnar Solskjaer opted to rotate his main XI for this fixture and made 10 changes from the team that beat Aston Villa at the weekend. Mason Greenwood was the only player who retained his place in the side and was accompanied by teenagers Amad Diallo and Anthony Elanga in attack.

Leicester started the game on the front foot and opened the scoring in the 10th minute with a wonderful volley from left-back Luke Thomas. Despite conceding the early goal, United hit back almost immediately to level the scores. In what was pretty much their first meaningful attack of the game, Amad Diallo laid the ball to Mason Greenwood who executed a stunning finish into the bottom corner past Kasper Schmeichel in goal.

Following these opening strikes, both sides failed to create any clear-cut chances as the heavens emptied onto the Manchester turf. It was an extremely tight encounter with both sides defending compactly that was eventually decided from a set piece. Caglar Soyuncu evaded his marker and thumped Albrighton’s corner into the back of the net to regain the lead for Leicester just after the hour mark.

Ole brought on the likes of Cavani, Rashford and Bruno Fernandes to help Manchester United find an equaliser but the Foxes closed out the game in a professional manner to secure the much needed three points.

With this victory, Leicester and Manchester United have pretty much guaranteed their top four positions this season and both teams also have a Cup final to look forward to in the coming weeks. Leicester City take on the much-improved Chelsea in the FA Cup Final this weekend at Wembley while Manchester United face Villareal in the final of the Europa League in two weeks in Gdansk. Both Brendan Rodgers and Ole Gunnar Solskjaer have exceeded expectations at their clubs this season and adding silverware to their cabinet will be the perfect fairy-tale ending to this whirlwind season.