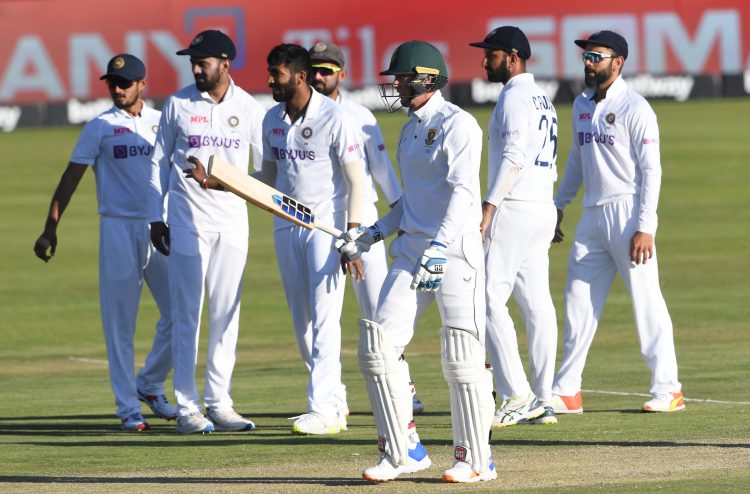 KL Rahul’s classical century put India into a commanding position on day one of the opening Test against South Africa at Centurion. Powered by an excellent partnership from the openers, the tourists finished the day at 272 for three on a surprisingly docile wicket at SuperSport Park, which offered very little to the South African seamers. Lungi Ngidi was the pick of the bowlers for the Proteas – picking up all three wickets that fell on the day – but the South African attack struggled to penetrate the Indian batting lineup in the absence of Anrich Nortje and Duane Olivier.

Having won the toss, Virat Kohli opted to bat first, trusting his opening batters to get through the tricky first hour when batting was at its toughest. The Karnataka pair of KL Rahul and Mayank Agarwal did just that, with both openers showing great restraint and discipline outside the off-stump against the South African new ball pair of Kagiso Rabada and Lungi Ngidi.

While Rabada was able to ask some questions in his opening spell, the pressure was instantly relieved when the debutant Marco Jansen entered the attack as the left-armer was taken for three boundaries in his opening over by Mayank Agarwal. Battling the nerves in his first outing in Test cricket, Jansen struggled to find a consistent line and length and was often guilty of spraying the ball onto the pads, much to the delight of the wristy Indian batters.

Apart from one dropped diving catch from Quinton de Kock, the pair were rarely troubled throughout the first session and put on India’s first century opening stand in South Africa since 2010.

South Africa were much-improved after the break and were duly rewarded when Lungi Ngidi picked up two wickets in two deliveries. The right-arm quick first pinned Mayank Agarwal on his pads with a nip-backer. The opener was given not out on the field, but upon review, the hawk-eye showed that the ball was clipping leg-stump enough to overturn the decision.

Cheteshwar Pujara, meanwhile, was caught by short-leg after inside edging on to his pads for only his second golden duck of his career. South Africa threatened to create more breakthroughs during a short-ball barrage from Kagiso Rabada, but KL Rahul and Virat Kohli weathered the storm. The pair shared an 82-run partnership before Kohli chased a wayward delivery from Ngidi that caught the edge on its way to first slip.

KL Rahul picked up the tempo in the final session and attacked with a surgeon’s precision, cover driving Rabada with authority before entering the 90’s with a four and six off Keshav Maharaj. The opener eventually reached his seventh Test century with a boundary off the left-arm spinner and shared another comfortable 73-run stand with Ajinkya Rahane as India survived the second new ball without losing another wicket.