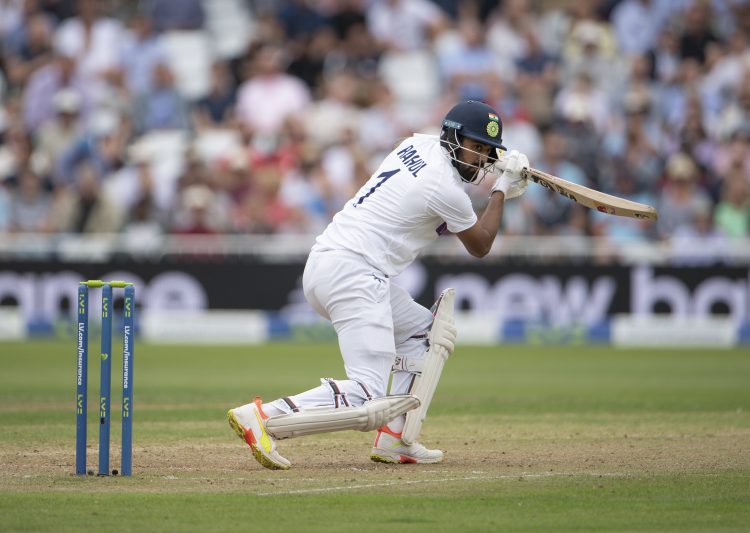 It was a topsy turvy day of Test match cricket on day two at Trent Bridge that unfortunately ended in a damp squib with rain washing out the final session. After bowling England out for 183 on day 1, India’s openers got off to the perfect start in the morning session with Rohit Sharma and KL Rahul sharing an assured 97-run partnership. However, England fought back in the afternoon through Ollie Robinson and James Anderson to pick up four wickets for only 15 runs.

The first hour of play included some attritional cricket with Rohit Sharma and KL Rahul showing plenty of patience while James Anderson and Ollie Robinson bowled skilfully with the new ball and continued to target the perfect line and length outside off-stump. Rahul slowly began to move through the gears as Stuart Broad and Sam Curran entered into the attack, and both he and Rohit Sharma looked increasingly confident as the sun continued to shine at Trent Bridge.

The pair put on 97 runs for the opening partnership, but after some hard work throughout the session, England finally got their reward in the final over before Lunch. The hosts rarely utilised the short ball throughout the morning, but Ollie Robinson bowled a sharp bouncer that enticed Rohit Sharma into an instinctive hook shot that went straight down the throat of Sam Curran at fine leg.

Sharma showed great restraint and nous throughout his innings but once again failed to capitalise on a start away from home with the short ball proving to be his undoing.

Sharma’s dismissal acted as a catalyst for England’s bowlers who returned from the lunch break with some extra venom. Cheteshwar Pujara looked extremely shaky in his short stay at the crease and was removed after another teasing delivery from James Anderson that kissed the outside edge on its way to Jos Buttler.

Pujara’s dismissal brought India’s captain Virat Kohli to the crease to resume the third act of his battle with James Anderson. Kohli faced 270 balls from Anderson without being dismissed in the 2018 Test series, but fortunately for England, India’s number four only lasted one delivery in 2021 and was dismissed for a golden duck after Anderson caught his outside edge with another delivery in that corridor of uncertainty.

Anderson removed India’s two most experienced Test batters within two balls, and to add insult to injury, Ajinkya Rahane was run out after a mix up with KL Rahul to put India in a spot of bother at 112-4.

England could have had another wicket during that fiery spell, but shortly after reaching his half-century, KL Rahul was afforded a life with Dom Sibley spilling a regulation chance at second slip. Fortunately for the visitors, the rest of the day was washed out by rain with the Men in Blue finishing on 125/4 and looking to regroup tomorrow with Pant and Rahul at the crease.