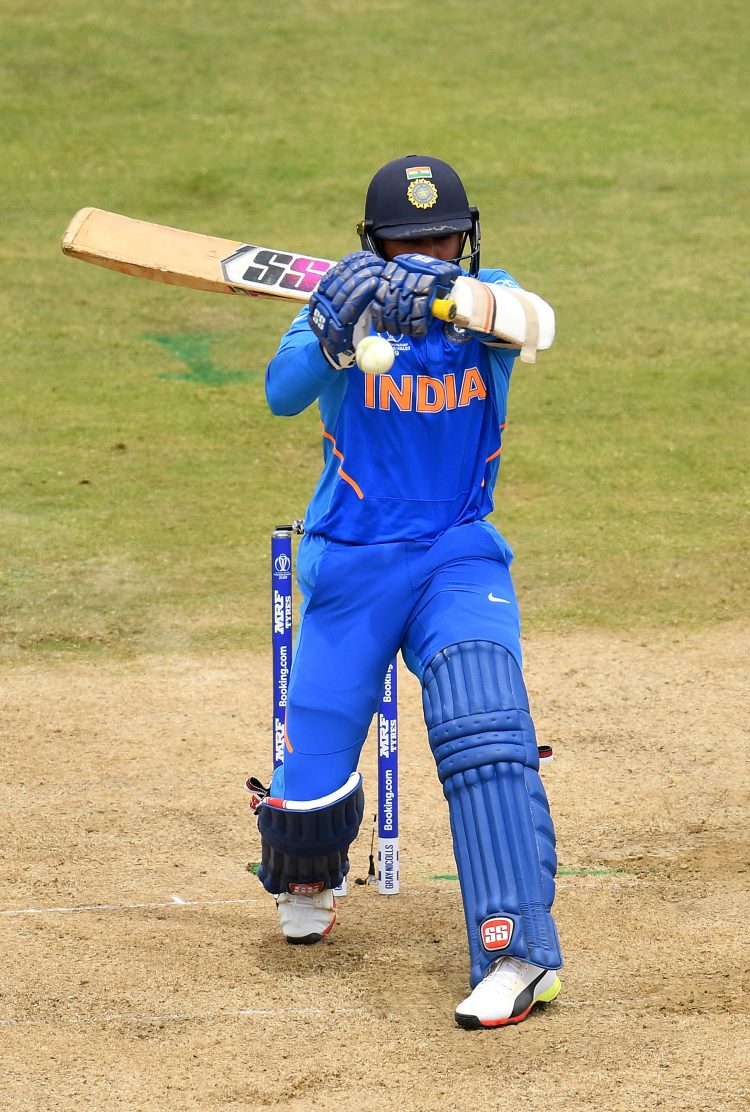 Rajasthan Royals suffered their first defeat in IPL 2022 at the hands of Royal Challengers Bangalore, who continued their winning momentum at the Wankhede Stadium in Mumbai thanks to a phenomenal effort from Dinesh Karthik and Shahbaz Ahmed in the run-chase. Karthik and Shahbaz rescued RCB from 87 for five and shared an extraordinary partnership at the death overs to take the side home with five deliveries and four wickets to spare.

Chasing 170, RCB got off to a solid start in the powerplay as the captain Faf du Plessis and Anuj Rawat found the boundary with regularity, adding 48 runs in the first six overs. However, Yuzvendra Chahal’s introduction in the seventh over spelt trouble for Bangalore, as the leg-spinner struck immediately against his former side, getting du Plessis to mistime one to Trent Boult at long-on. The South African’s wicket triggered a mini-collapse for RCB as Anuj Rawat nicked off to Sanju Samson six balls later before two more wickets fell in Chahal’s second over.

Virat Kohli was the first to go as the former skipper was run-out for the 8th time in his IPL career by some excellent fielding from Sanju Samson before Yuzvendra Chahal knocked over David Willey’s stumps with a big leg-break off the very next delivery. RCB lost four wickets for just seven runs during this period, and Faf du Plessis’ side slipped into further trouble when Trent Boult dismissed Sherfane Rutherford to make it 87 for 5.

Just as the game was beginning to slip out of grasp for RCB, Dinesh Karthik arrived at the crease to inject some much-needed momentum into the run chase. Karthik wasted no time in getting in on the action and capitalised on some poor bowling from R Ashwin to take 21 runs from the 14th over before creaming a couple of more boundaries through the leg-side against Navdeep Saini.

Karthik (44* off 23) was given good company by all-rounder Shahbaz Ahmed (45 off 26), who smashed two boundaries each off Prasidh Krishna and Trent Boult and added 67 runs in 32 balls alongside the wicket-keeper to give Bangalore their second win on the bounce this season.

Earlier in the day, RR endured a scratchy start to their innings as Jos Buttler struggled to find his timing early on while David Willey removed Yashasvi Jaiswal in the second over. Harshal Patel and Wanindu Hasaranga controlled the middle phase beautifully for RCB as Rajasthan only managed to score 107 runs after 16 overs on a tricky pitch. However, with Buttler and Hetmyer still at the crease, the Royals were able to finish their innings on a strong note as 62 runs came off the last four overs. The onset of dew towards the end helped the two overseas stars, and Buttler and Hetmyer struck an incredible six sixes off the final eight deliveries of the innings to propel Rajasthan to 169.