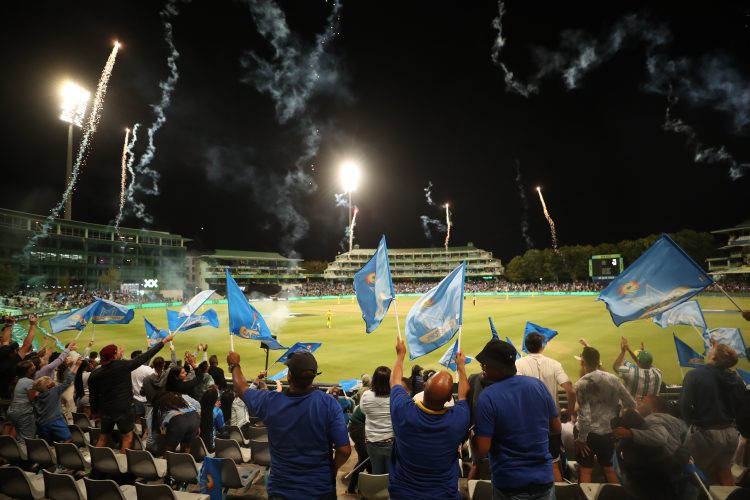 The Joburg Super Kings batting unit continued to disappoint as MI Cape Town secured a commanding seven-wicket at home on Saturday night in SA20. The visitors were dismissed for a total of under 120 for the second game in a row as Kagiso Rabada, Rashid Khan and company ran riot with the ball to restrict JSK to 105 for nine in their innings. In response, the hosts chased down the target with seven wickets to spare, led by another sparkling knock from the youngster Dewald Brevis.

The Joburg Super Kings batting line-up has struggled in all three matches of SA20, and the MI Cape Town bowling line-up exploited this weakness on a tricky batting surface at Newlands. Playing his first game of the tournament, Kagiso Rabada led the charge for the home side as he sent Reeza Hendricks’ stumps cartwheeling in the fourth over. Left-arm spinner George Linde also followed that up with two quick wickets, with Janeman Malan and Kyle Verreynne falling cheaply.

The spinners dominated the middle overs for Cape Town. Waqar Salamkheil picked up the big fish Faf du Plessis with a ripping delivery before Rashid Khan claimed his first scalp of the tournament to send back Donavon Ferreira, leaving the Super Kings reeling at 54 for five. Leus du Plooy showed some brief resistance for the tourists and top-scored with 21, but Odean Smith dismissed the left-hander and Romario Shepherd in the 15th over thanks to two outstanding catches from Ryan Rickleton.

Rashid Khan and Kagiso Rabada picked up the last two wickets for MI Cape Town, and Aaron Phangiso and George Garton took the Super Kings past 100 with a 21-run stand in the final three overs.

Chasing 106, Dewald Brevis bounced back from his duck against the Durban’s Super Giants and showcased his prodigious talent with a flurry of dazzling strokes. The 19-year-old got going with a pair of fours through the off-side and also creamed Gerald Coetzee for six over the covers to take Cape Town to 43 for no loss at the end of the powerplay. Brevis also launched three sixes in his 34-ball 42 to take MI Cape Town closer to the target, but the home side slowed down through the middle overs as they lost three wickets.

The hosts eventually missed out on completing the chase inside 16 overs to claim a bonus point but cruised home with seven wickets to spare to go to the top of the table in SA20.