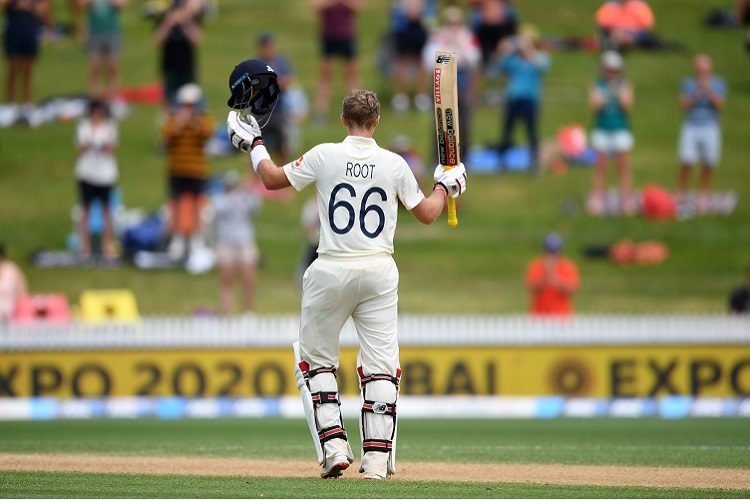 Joe Root continues his fine form in 2021 with a stunning century on Day 1 of the first test against India in Chennai. Root shared a 200 run partnership with Dom Sibley (87 of 286) to lead England to 263-3 at stumps. After scoring 228 and 186 in the two tests in Sri Lanka, Root continued his purple patch by scoring 128* off 197 balls to reach his 20th Test Match 100. The England captain was playing his 100th Test Match and became the 9th player to reach triple figures on this momentous occasion. Other players holding this record include Javed Miandad, Gordon Greenidge, Inzamam ul-Haq, Ricky Ponting, Graeme Smith and Hashim Amla.

This was Roots 2nd century on Indian soil, and the England captain has a fantastic record in India, with seven 50+ scores in seven Tests in the subcontinent.

Root’s century topped off a fine day’s play for England. The visitors won the toss and chose to bat on a flat Chennai pitch. The two openers Rory Burns and Dom Sibley got off to an excellent start in the first session, racking up the highest opening partnership by an away side in India since 2017. India clawed back on the brink of lunch, picking up two quick wickets. Ashwin got Burns out cheaply as he was tried to reverse sweep a ball that didn’t turn. Dan Lawrence – the man promoted to number 3 in the absence of Jonny Bairstow – followed soon after as he misread a Bumrah inswinger.

Root and Sibley, however, steadied the ship post-lunch, weathering a period of intense pressure from India’s three main bowlers Ashwin, Bumrah and Ishant. The England captain only scored 11 runs off his first 50 balls, before cashing in against the inexperienced pair of Washington Sundar and Shahbaz Nadeem, both only playing their second Test match. Root continued his onslaught in the final session and picked up the tempo to score 111 runs of the last 137 balls, despite fighting cramp due to the crippling humidity.

The only silver lining for the hosts is that they managed to pull one back in the last over of the day, with Bumrah trapping Sibley at the crease with a well-directed yorker. England ended the day at 263-3 with a lot of batting still to come in the form of Stokes, Buttler and Pope.

For India, it was a hard day’s slog in the heat and humidity of Chennai. The pitch did not offer much to the bowlers as it had very little seam, swing or pace. Nevertheless, the trio of Ishant, Ashwin and Bumrah bowled with significant control and offered very little to the batsman, with combined figures of 135-12 in 57 overs. In comparison, India was let down by their 4th and 5th bowlers Nadeem and Sundar who conceded 129 runs in 32 overs between themselves.