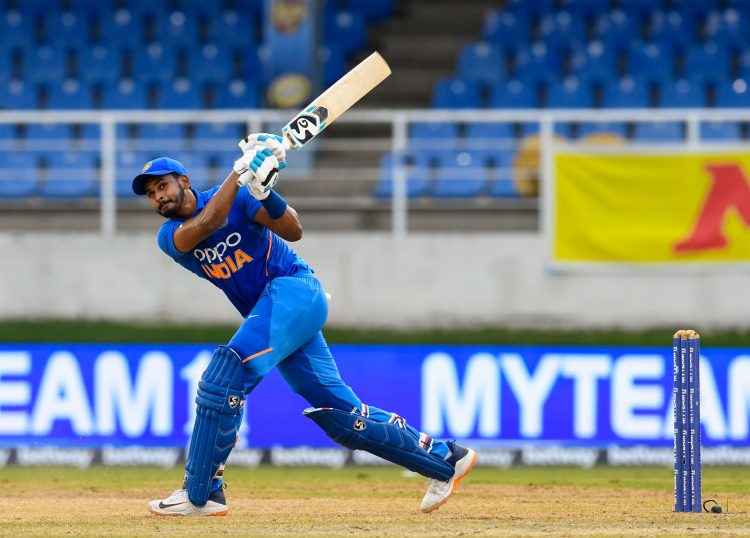 India’s bowlers once again came to the party in the third and final ODI against the West Indies in Ahmedabad on Friday, bowling the West Indies out for a sub-200 run total for the third game in a row to help the Men in Blue seal an impressive 3-0 series clean-sweep. Following two half-centuries from Rishabh Pant and Shreyas Iyer, pacers Mohammed Siraj and Prasidh Krishna picked up three wickets each as India bowled West Indies out for 169 to complete a straightforward 96-run victory.

Having won the toss and choosing to bat first, India’s fabled top order failed once again as Rohit Sharma, Virat Kohli and Shikhar Dhawan were dismissed inside the powerplay. Sharma began the innings with a couple of sweetly timed boundaries but chopped onto his stumps for 13 before Virat Kohli was strangled down the leg-side two balls later for a duck. Shikhar Dhawan opened his account with a six off Roach but was caught at first slip off Odean Smith after a shaky innings of 10 from 26.

Once again, the middle order was forced to bail India out after a tough start and Shreyas Iyer and Rishabh Pant did just that, putting on a 110-run partnership that lasted 20.3 overs. Pant started patiently before unfurling his array of shots, reaching his half-century at less than run a ball before edging behind off leg-spinner Hayden Walsh. Iyer’s innings was not as fluent as the left-hander’s, but the number four milked the spinners through the middle to reach his ninth ODI fifty.

Iyer eventually holed out in the deep on 80 while looking to pick up the pace, but India managed to post an above-par total thanks to vital lower-order runs from Washington Sundar (33 off 34) and Deepak Chahar (38 off 38).

Chasing 267, the West Indies got off to a familiar poor start as the Indian quicks picked up early breakthroughs with the new ball. Mohammed Siraj trapped Shai Hope on his pads in his second over while Deepak Chahar removed Brandon King and Shamarh Brooks in the space of three deliveries with his outswing. The visitors were never able to recover from this early setback as Prasidh Krishna’s hit the deck bowling had Darren Bravo nicking off before Kuldeep Yadav marked his return to the side with two quick wickets, dismissing Fabian Allen for a golden duck with a googly and then getting Nicholas Pooran caught at first slip with a leg-break.

Odean Smith provided some brief entertainment and a possible IPL auction audition with his six-filled 18-ball 36, but fast-bowlers Prasidh Krishna and Mohammed Siraj combined to clean up the tail and bowl the tourists out for a measly 169, giving India the 3-0 series win.